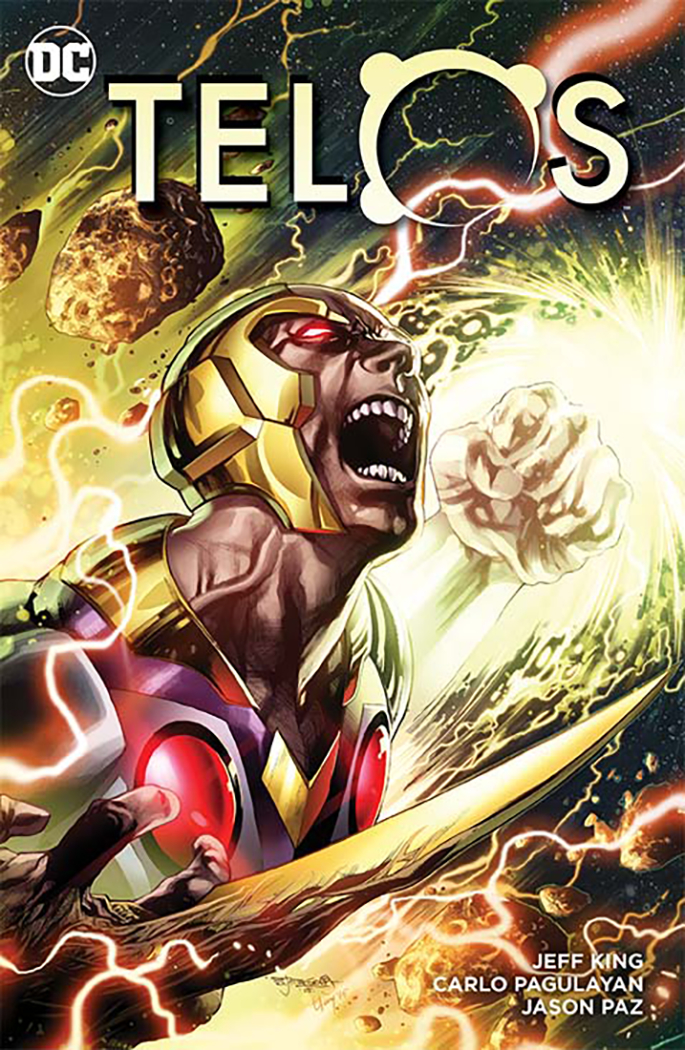 MAY160320
(W) Jeff King (A) Carlo Pagulayan, Igor Vitorino, Jason Paz, Sean Parsons, Marc Deering, Dan Green, Jos? Marzan (A/CA) Stephen Segovia
The villain of the world-shattering CONVERGENCE event stars in this new title collecting issues #1-6 of his own series! Set loose from his planetary tether at the end of CONVERGENCE, Telos finds himself free and able to traverse space and time via a sliver of Brainiac's powers. As this epic begins, he embarks on an odyssey, journeying across time and space in search of his past.
In Shops: Aug 31, 2016
SRP: $14.99
ORDER WISH LIST