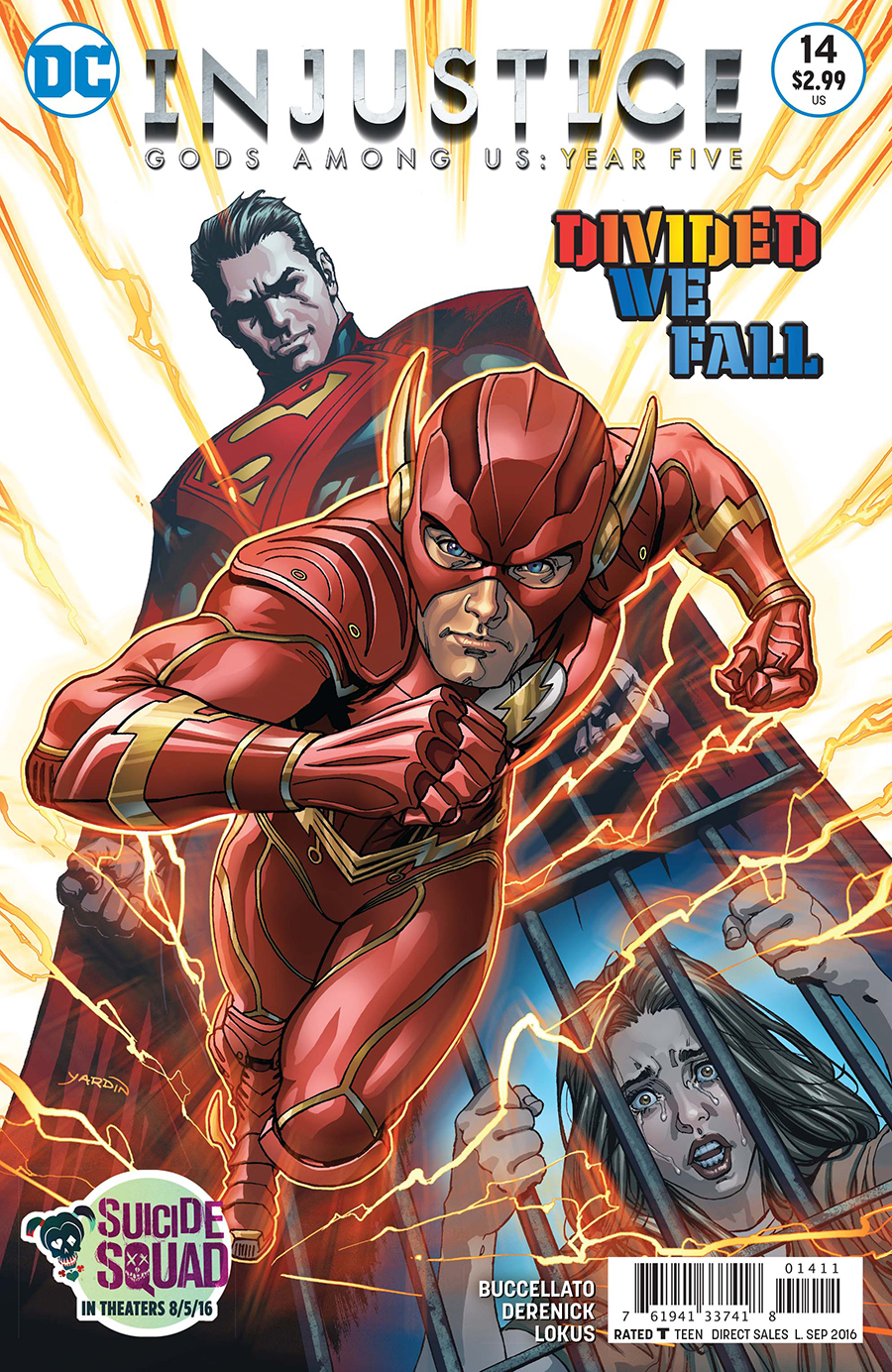 MAY160298
(W) Brian Buccellato (A) Tom Derenick (CA) David Yardin
Since the rise of the Regime, The Flash has always been one of Superman's most tenuous allies. Now his loyalty is really going to be tested, as someone he loves has to face Superman's unswerving justice. Then, with the Speedster at his most vulnerable, Batman offers him a risky way out.
In Shops: Jul 20, 2016
SRP: $2.99
View All Items In This Series