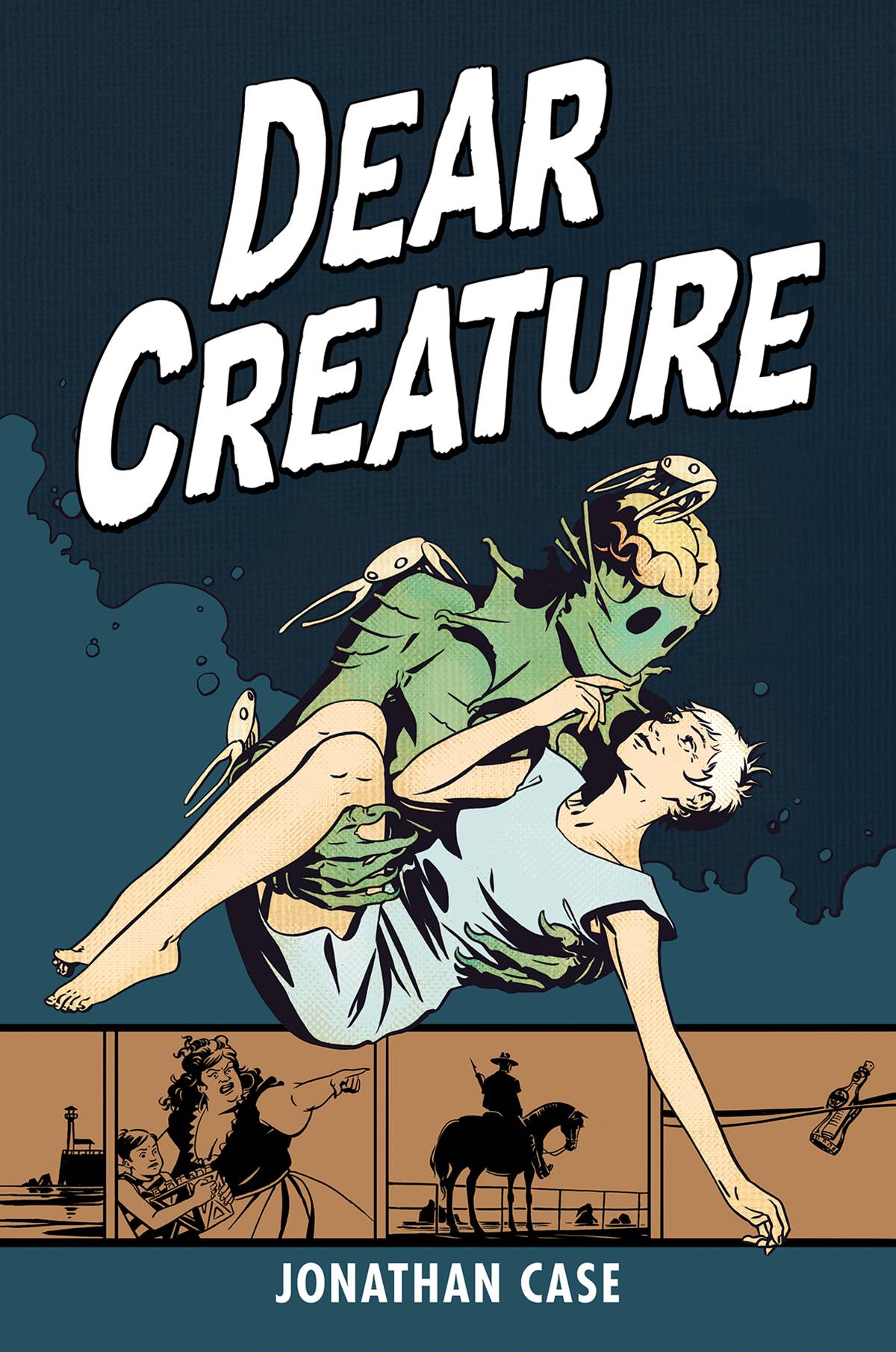 #
MAY160073
(W) Jonathan Case (A/CA) Jonathan Case
Deep beneath the waves Grue discovers love after finding Shakespeare's plays in cola bottles. When his first attempt at companionship in the world above ends . . . poorly, Grue searches for the person who cast the plays into the sea. What he finds is love in the arms of Giulietta?but with his wicked past catching up to him, Grue must decide if becoming a new man means ignoring the monster he was.