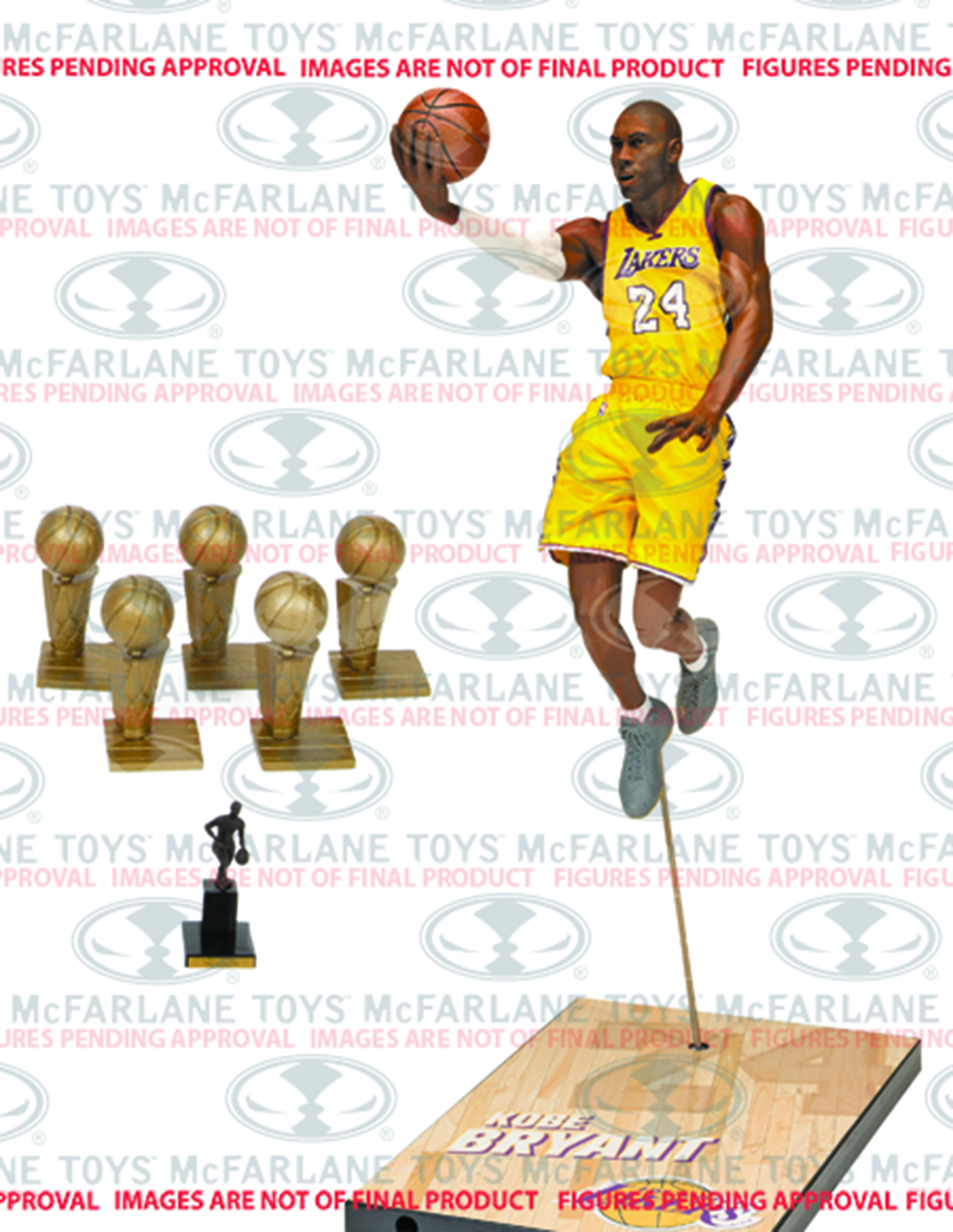 MAY158232
Drafted out of high school, Kobe Bryant had an immediate influence on his team and became the youngest NBA starter ever. During his 19 seasons, his shooting along with tenacious defensive play garnered the 17-time NBA All-Star and his team five NBA championships. McFarlane's SportsPicks celebrates one of the most complete players in NBA history with a new limited-edition collector box. The 6" scale figure features Kobe Bryant driving for a layup while wearing his iconic Lakers gold uniform.Each collector box also includes five NBA Championship trophies and one NBA MVP trophy in scale with the figure. Each figure will also be individually numbered on the base (only 6,000 total pieces produced) and packaged in the "Collector Box" style packaging!
In Shops: Nov 25, 2015
SRP: $24.99
ORDER WISH LIST