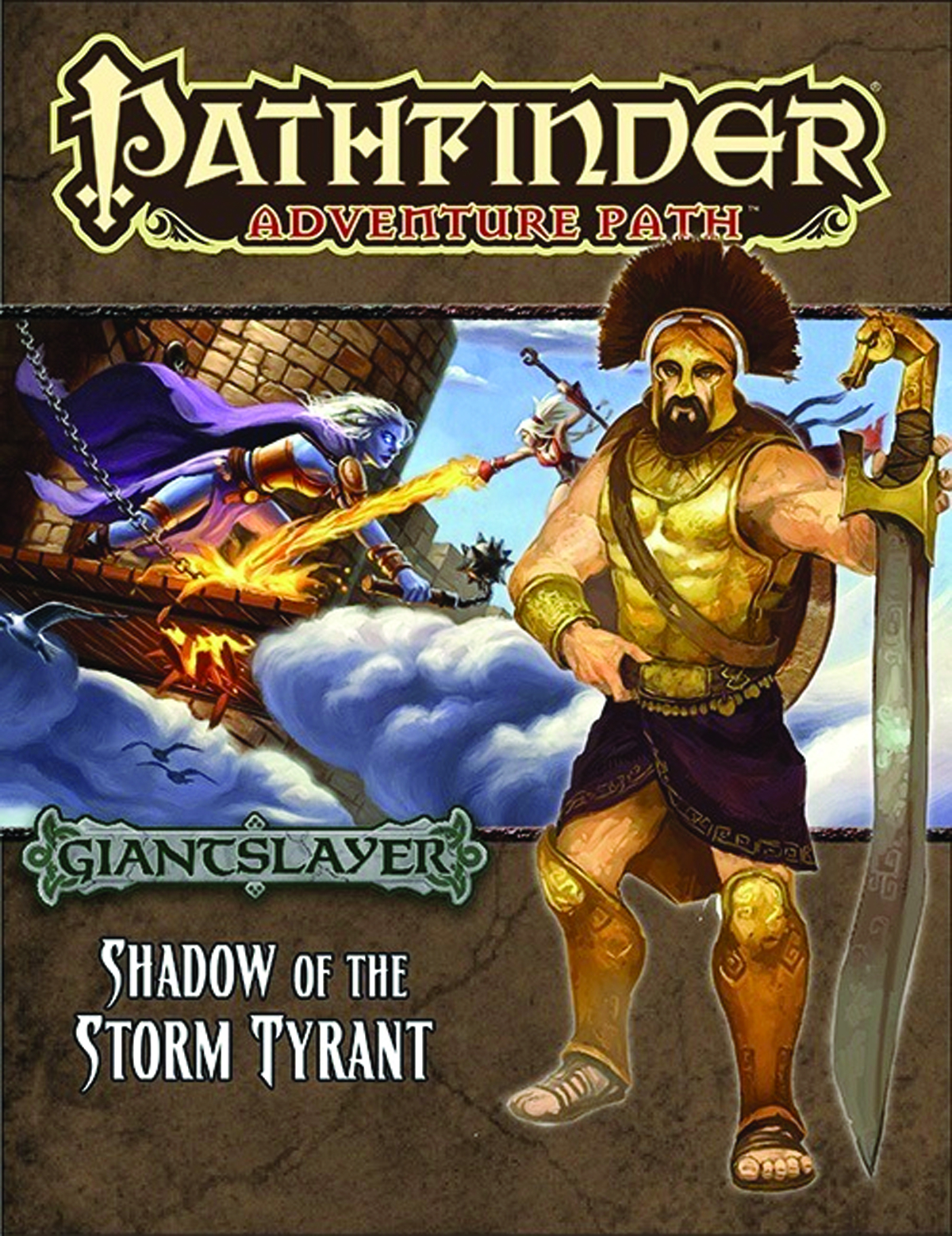 MAY152761
The thrilling conclusion of the "Giantslayer" Adventure Path! The heroes emerge from a fire giant dungeon into a volcano's caldera, where the Storm Tyrant's stolen cloud castle floats high above. As the castle takes off into the sky, the heroes must storm the castle and defeat the Storm Tyrant's guardians and elite giant allies. Finally, they must face the Storm Tyrant himself and his dominated red dragon to put an end to his megalomaniacal push for power. Will the heroes defeat Volstus the Storm Tyrant, or will all of Avistan bend its knee to the mighty warlord and his giant armies? Shadow of the Storm Tyrant is a Pathfinder RPG adventure for 15th-level characters and concludes the epic, six-part "Giantslayer" Adventure Path, a classic sword-and-sorcery campaign that pits the players against hordes of evil giants. Several new monsters, an article on the ecology of the planar giants called gigases, ideas for further adventures beyond the bounds of the "Giantslayer" campaign, and the final installment of the Pathfinder's Journal, written by Patrick Renie, round out this volume of the Pathfinder Adventure Path!
In Shops: Aug 05, 2015
SRP: $22.99