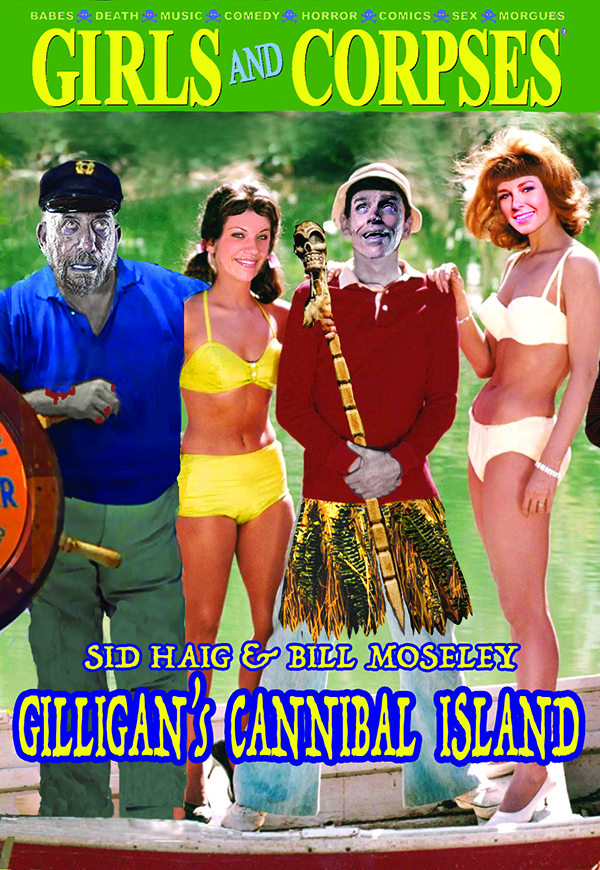 MAY151867
Girls and Corpses Magazine Summer issue will shipwreck you on Gilligan's Cannibal Island with The Devils' Rejects stars Sid Haig (House of 1,000 Corpses) as "The Skipper" and Bill Moseley (Chop Top in The Texas Chainsaw Massacre 2) as Gilligan. This issue celebrates the 35th anniversary of Cannibal Holocaust and features: An exclusive Interview with makeup FX Wizard/actor Tom Savini; artistic sick savant Joe Coleman; Sex Tourism Tales; horror hostess Ivonna Cadaver; and more great surprises in store when we go to print! So, sit right back and you'll hear a tale, a tale of stinking corpse - and several stranded bikini babes - on Gilligan's Cannibal Island!