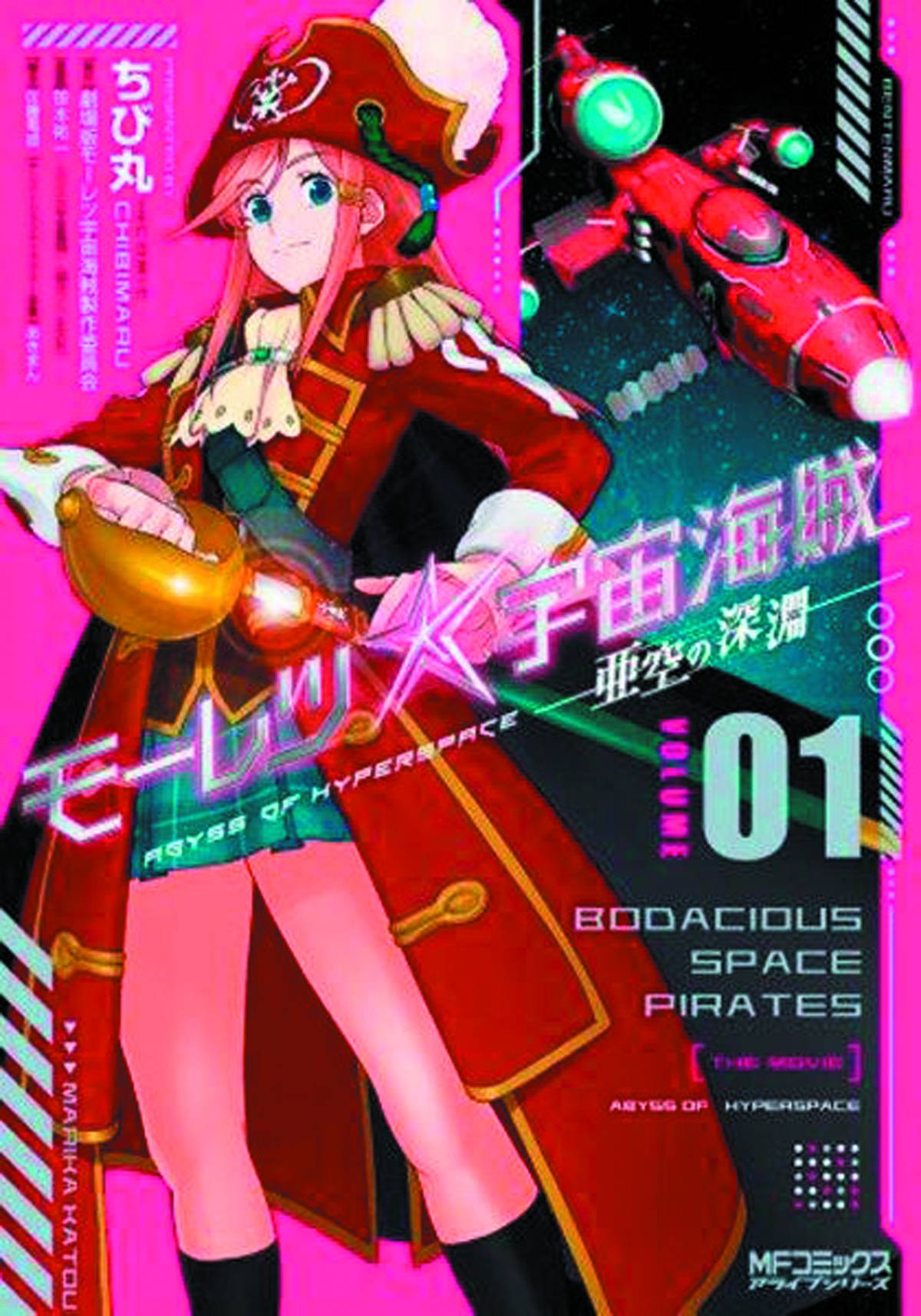 #
MAY151516
(W) Saito Tatsuo (A/CA) Chibimaru
Kato Marika is an ambitious 17-year-old student who is the president of the school's Space Yacht Club. Full of pep and enthusiasm, Marika takes charge, even if membership in the club is flagging. Her true calling, however, is something a bit more daring. For in her spare time, the spunky teen moonlights as the captain of the Bentenmaru, an infamous ship full of rough and tumble space pirates who strike fear and delight in the hearts of many! Bodacious Space Pirates: Abyss of Hyperspace is a two-part manga adaption of a feature-length anime film of the same title.
In Shops: Aug 19, 2015
SRP: $12.99
View All Items In This Series
ORDER WISH LIST