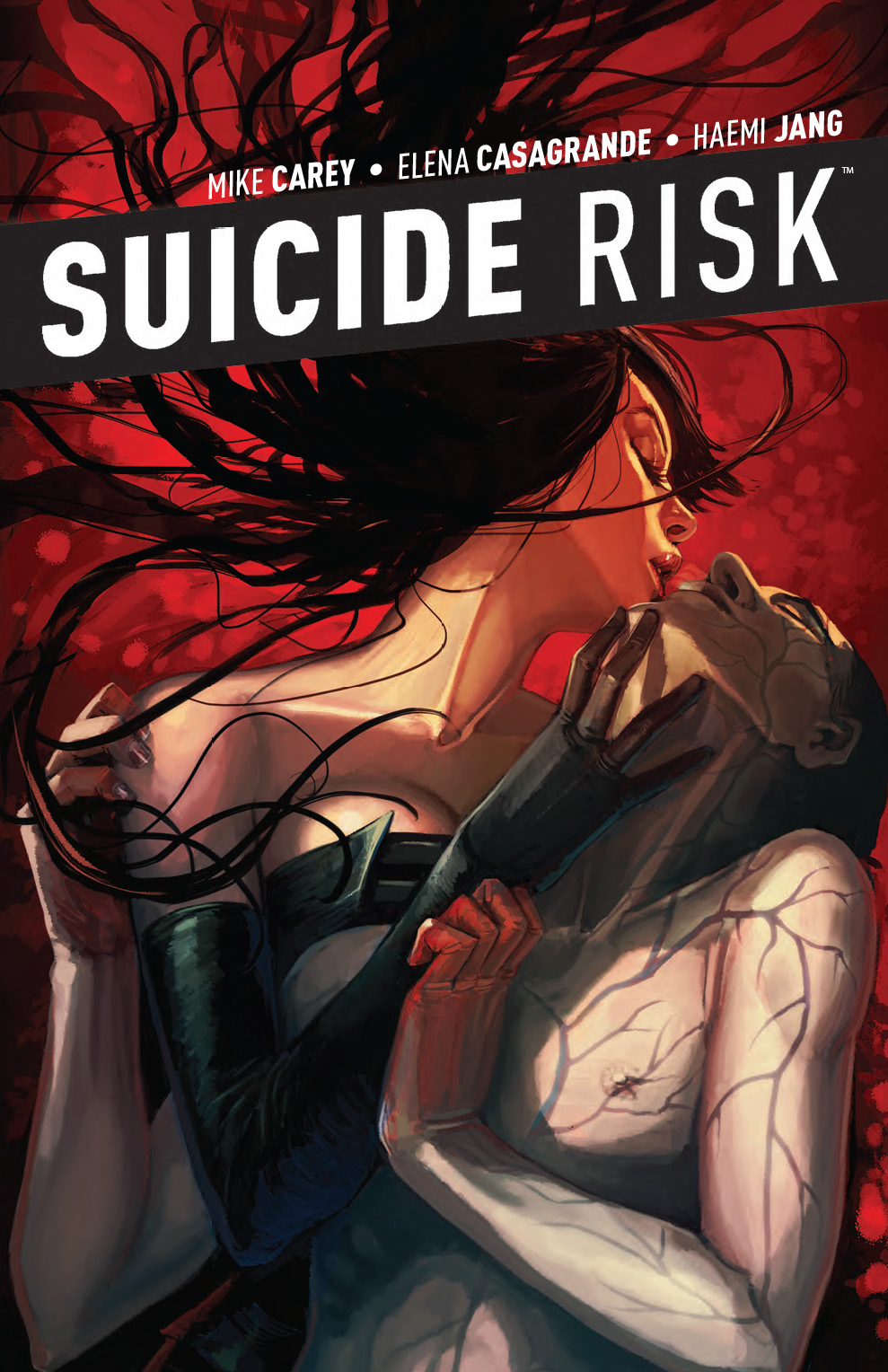 MAY151104
(W) Mike Carey (A) Elena Casagrande, Haemi Jang (CA) Stephanie Hans
The Men of Gold, the alternate earth police corps that sentenced Requiem to a life sentence in the F.A.U.L.T.Line for his crimes against humanity, have decided enough is enough. If Requiem refuses to submit to their authority and accept his punishment as his due, they'll do anything to ensure that justice is served. Even if they have to destroy Earth to serve it... Mike Carey (Lucifer, The Unwritten) and Elena Casagrande (Hulk, Hack/Slash) continue the mysterious superhero world of Suicide Risk  in this fifth arc, which also includes the celebrated standalone story illustrated by spotlight artist Haemi Jang (New Testament). Collects issues #17-20.
In Shops: Sep 02, 2015
SRP: $14.99
View All Items In This Series