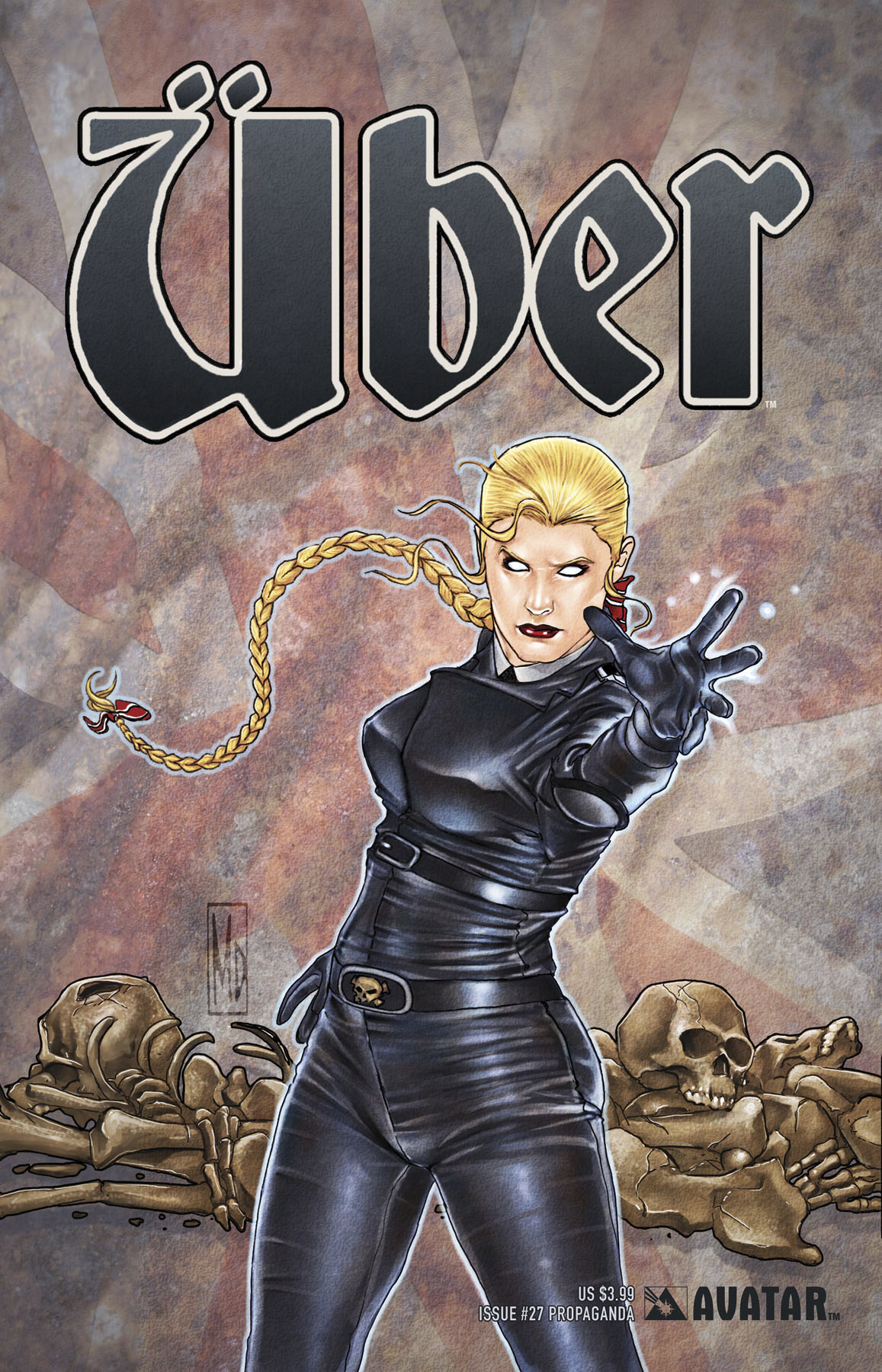 MAY151050
(W) Kieron Gillen (A) Daniel Gete (CA) Michael DiPascale
The final issue of Uber Series 1 is here!  Kieron Gillen's incredible altered history epic closes the chapter on the first Uber series with powerful revelations.  To this point the war has ravage Europe and left a bloody trail as the Nazi's inexorable march across the continent continued.  But now, Hitler's boldest stroke yet leaves the entire world trembling at the possibility of global annihilation.  Daniel Gete illustrates the final chapter of the first book of Uber! You won't believe the cliff-hanger here, with answers to follow in 2016's Uber series 2!  Available with Regular, Wraparound, War Crimes, and Blitzkrieg Covers by Daniel Gete, and a Propaganda Poster Cover by Michael DiPascale.
In Shops: Aug 12, 2015
SRP: $3.99
View All Items In This Series
ORDER WISH LIST