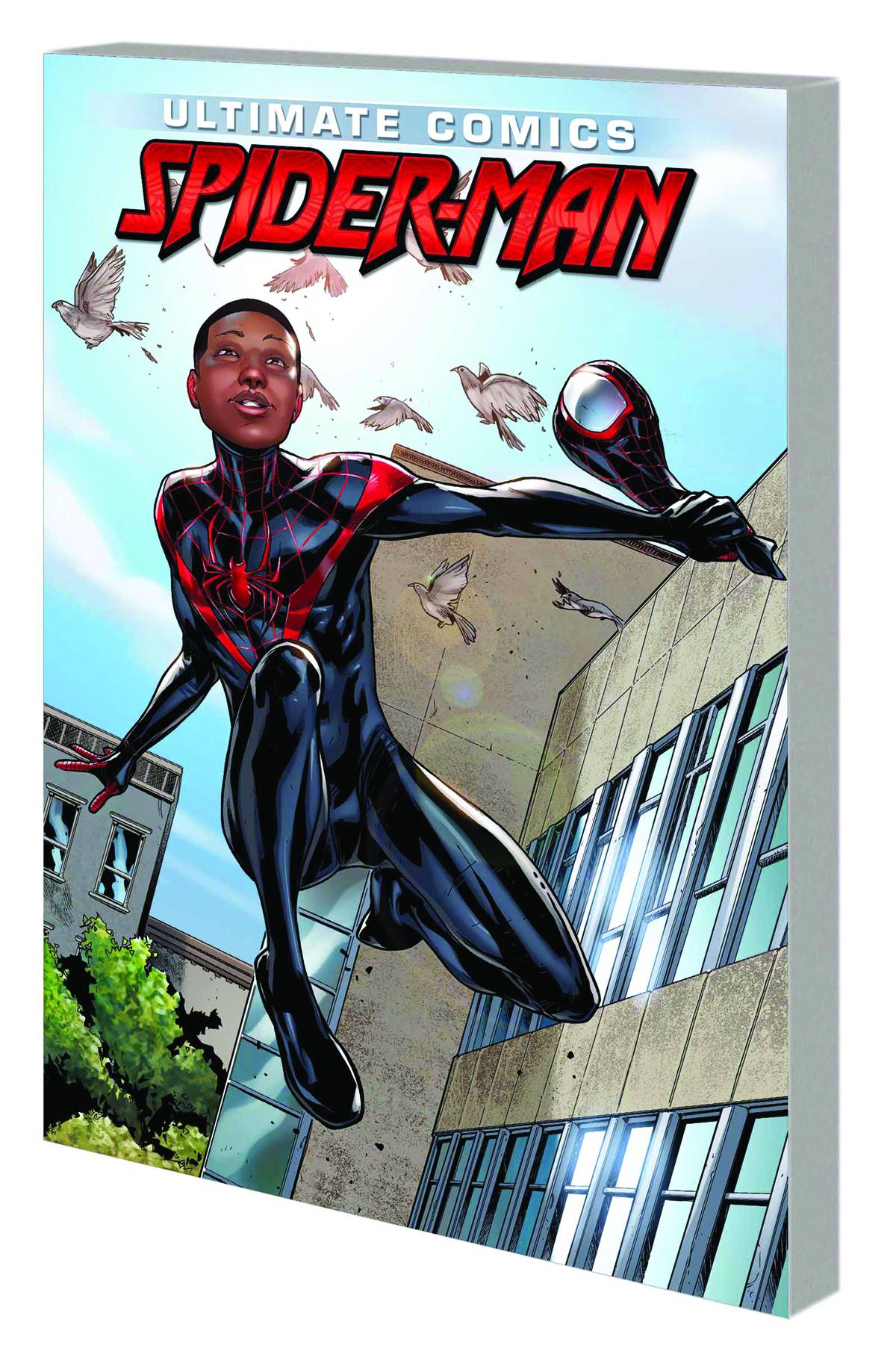 #
MAY150837
(W) Brian Michael Bendis (A) Sara Pichelli, Chris Samnee, David Marquez (CA) TBD
Miles Morales takes up the mantle of Spider-Man! Before Peter Parker died, young Miles was poised to start the next chapter in his life in a new school. Then, a spider's bite granted the teenager incredible arachnid-like powers. Now, Miles has been thrust into a world he doesn't understand, with only gut instinct and a little thing called responsibility as his guides. Can he live up to Peter's legacy as Spider-Man? As Miles grapples with his new life, Miles' Uncle Aaron - A.K.A. the Prowler - learns his secret! He's got plans for his nephew, but little does he know that the Scorpion is on his tail! Plus: Universes collide, and the wall-crawlers of the Marvel and Ultimate Universes unite in the most ultimate, amazing Spider-Man story ever! Collecting ULTIMATE FALLOUT #4, ULTIMATE COMICS SPIDER-MAN (2011) #1-12 and SPIDER-MEN #1-5.
Rated T+
In Shops: Jul 29, 2015
SRP: $34.99
View All Items In This Series
ORDER WISH LIST