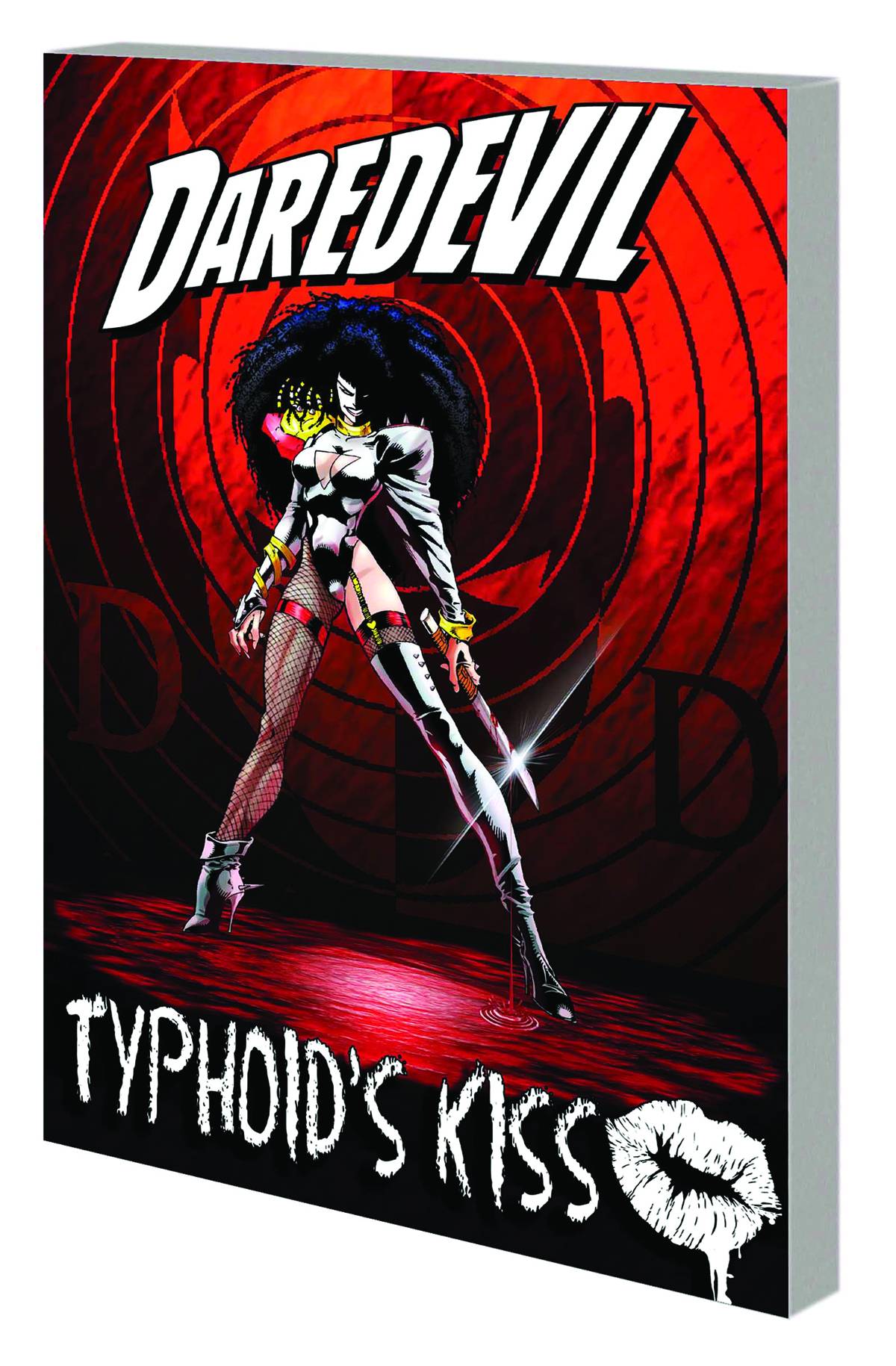 #
MAY150832
(W) Ann Nocenti, Steve Lightle (A) Various (CA) Joe Madureira
Daredevil's craziest ex-girlfriend, Typhoid Mary, stars in her own twisted fairy tale! Peek inside the crowded head of Mary Walker - whose dissociative identity disorder, and mutant talents for telekinesis and pyrokinesis, are a deadly combination. But could the psionic psycho become a force for good when she fights for women too powerless to defend themselves? Typhoid's appetite for vengeance draws the attention of Ghost Rider, while her growing contempt for men places Daredevil and Wolverine in the line of fire. Meanwhile, it's bad news for Peter Parker when he befriends the benign Mary, only for her newly discovered third identity to manifest itself. Spidey sure won't want to say Bloody Mary three times! Collecting TYPHOID #1-4, MARVEL COMICS PRESENTS (1988) #150-151 and SPECTACULAR SPIDER-MAN (1976) #213-214 - plus material from MARVEL COMICS PRESENTS (1988) #109-116 and #123-130, and GIRL COMICS (2010) #3.
Explicit Content
In Shops: Aug 12, 2015
SRP: $34.99
ORDER WISH LIST