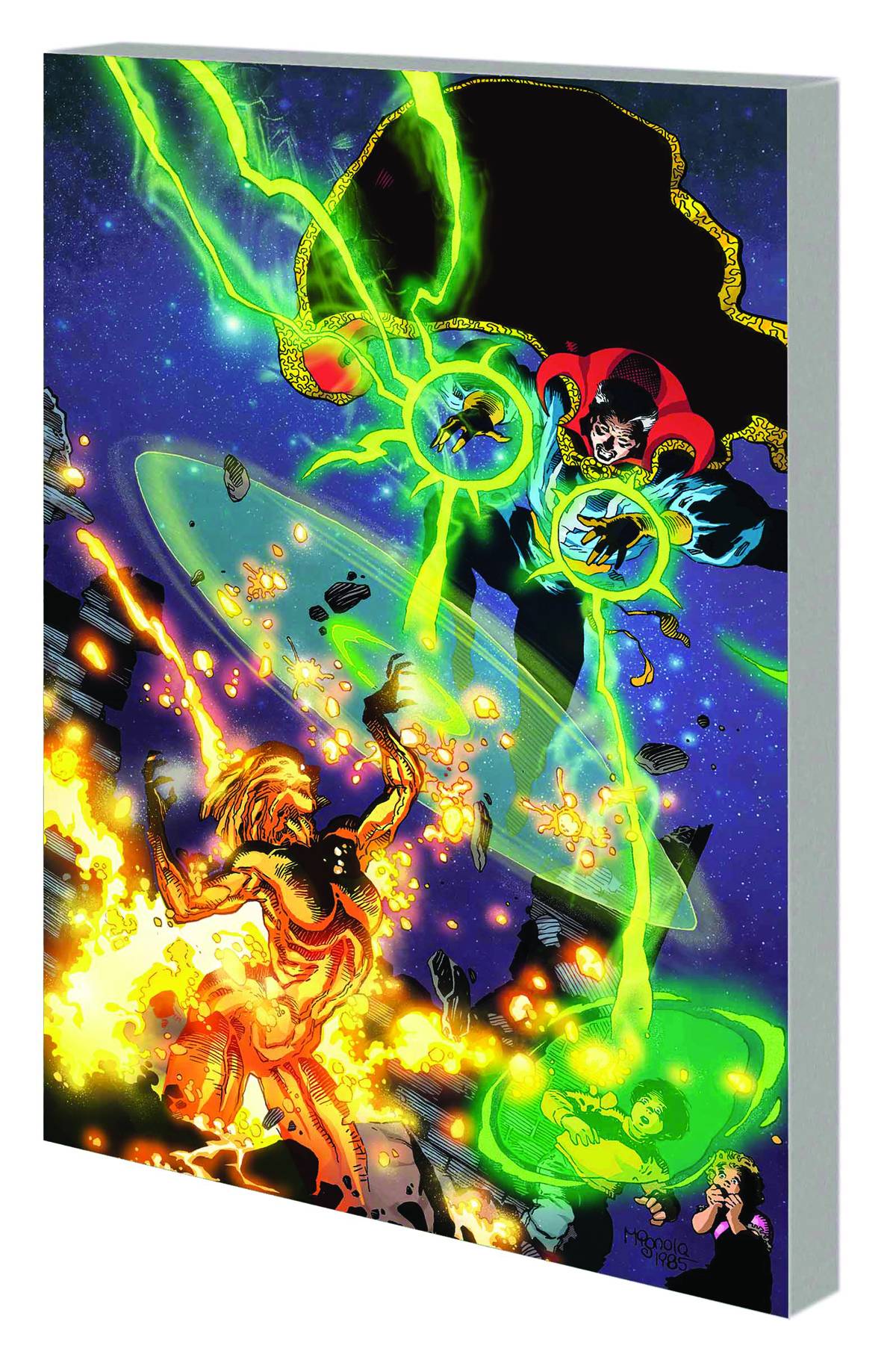 #
MAY150830
(W) Roger Stern, Peter B. Gillis (A) Sal Buscema, Chris Warner (CA) Mike Mignola
Flames of the Faltine! Is it getting hot in here, or is it just Mephisto? When Doctor Strange joins Reed and Sue Richards in battle with the Lord of Lies, the enchanting sorceress Topaz is freed from hell. But half her soul remains in torment. Can Strange complete her - or will he fall prey first to a siren's song? Or perhaps to a feral feline demon? With a key part of his costume clawed to pieces, Stephen's going to need a new Cloak - but when the unholy Urthona strikes, he might need a new body, too! The old saying goes, "Don't pay the ferryman until you get to the other side." But before Strange can reach it, there might just be a new Sorcerer Supreme! Collecting DOCTOR STRANGE (1974) #75-81.
Rated T
In Shops: Oct 07, 2015
SRP: $24.99