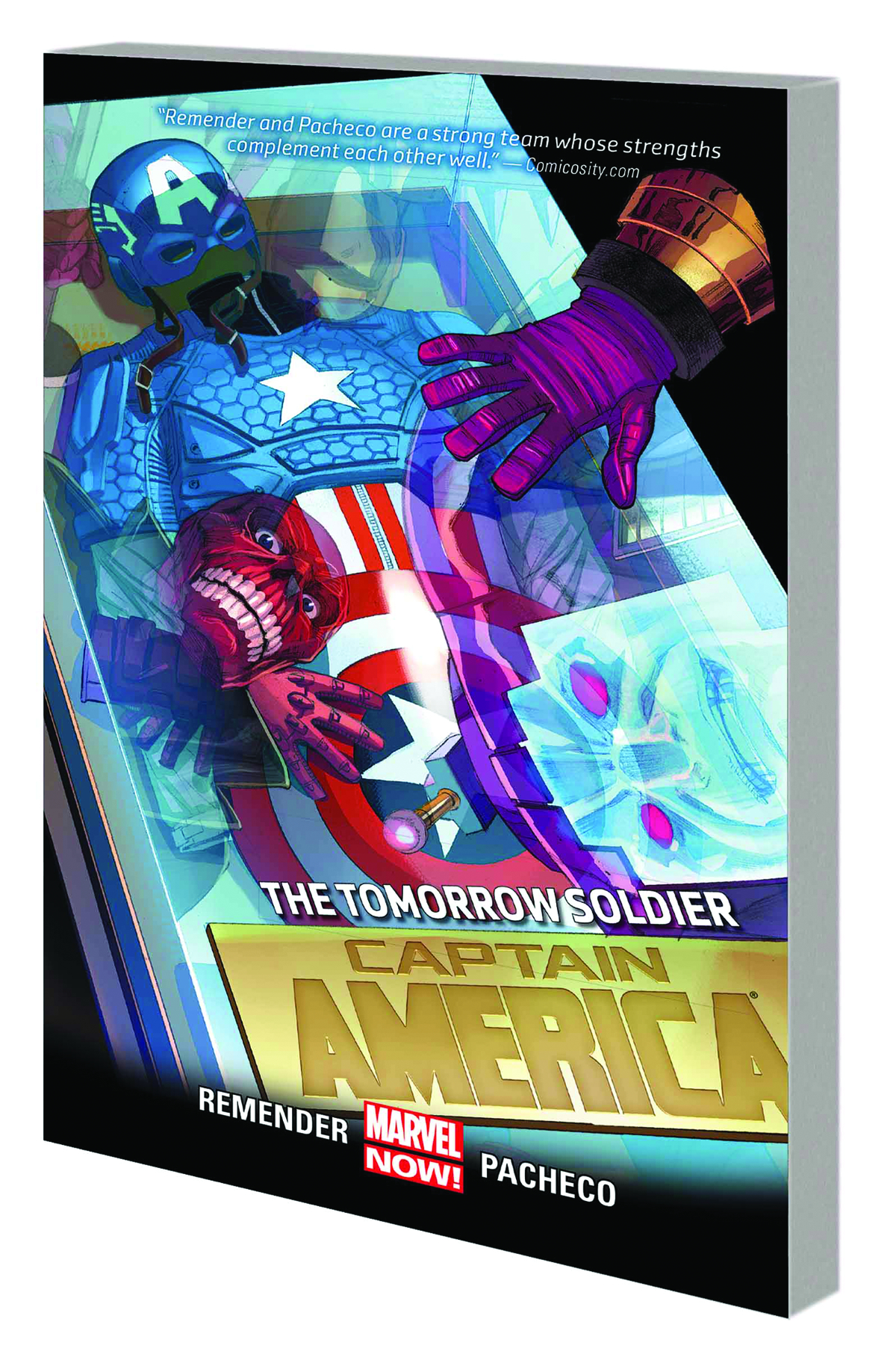 MAY150828
(W) Rick Remender, Stan Lee (A) Various (CA) Carlos Pacheco
The final chapter of the story that began in Dimension Z: Steve Rogers is Captain America no more! The Iron Nail has neutralized the Super-Soldier Serum in his system, and Steve is vulnerable as never before. Continuing the Red Skull's plan to finally destroy his oldest enemy, Arnim Zola wages war on New York - and without Cap to lead them, can the Avengers stop the Bio-Fanatic's plot for revenge? As the Falcon faces a secret from Cap's past, Zola unleashes his hyper-mutates, and Jet Black joins the battle - to the death! The Red Skull's long game is revealed as the road to AXIS begins! But Zola and the Skull didn't anticipate a new player in the game: Who is the all-new Captain America?! Collecting CAPTAIN AMERICA (2012) #22-25 and material from MARVEL 75TH ANNIVERSARY CELEBRATION #1.
Rated T
In Shops: Aug 19, 2015
SRP: $19.99
View All Items In This Series
ORDER WISH LIST