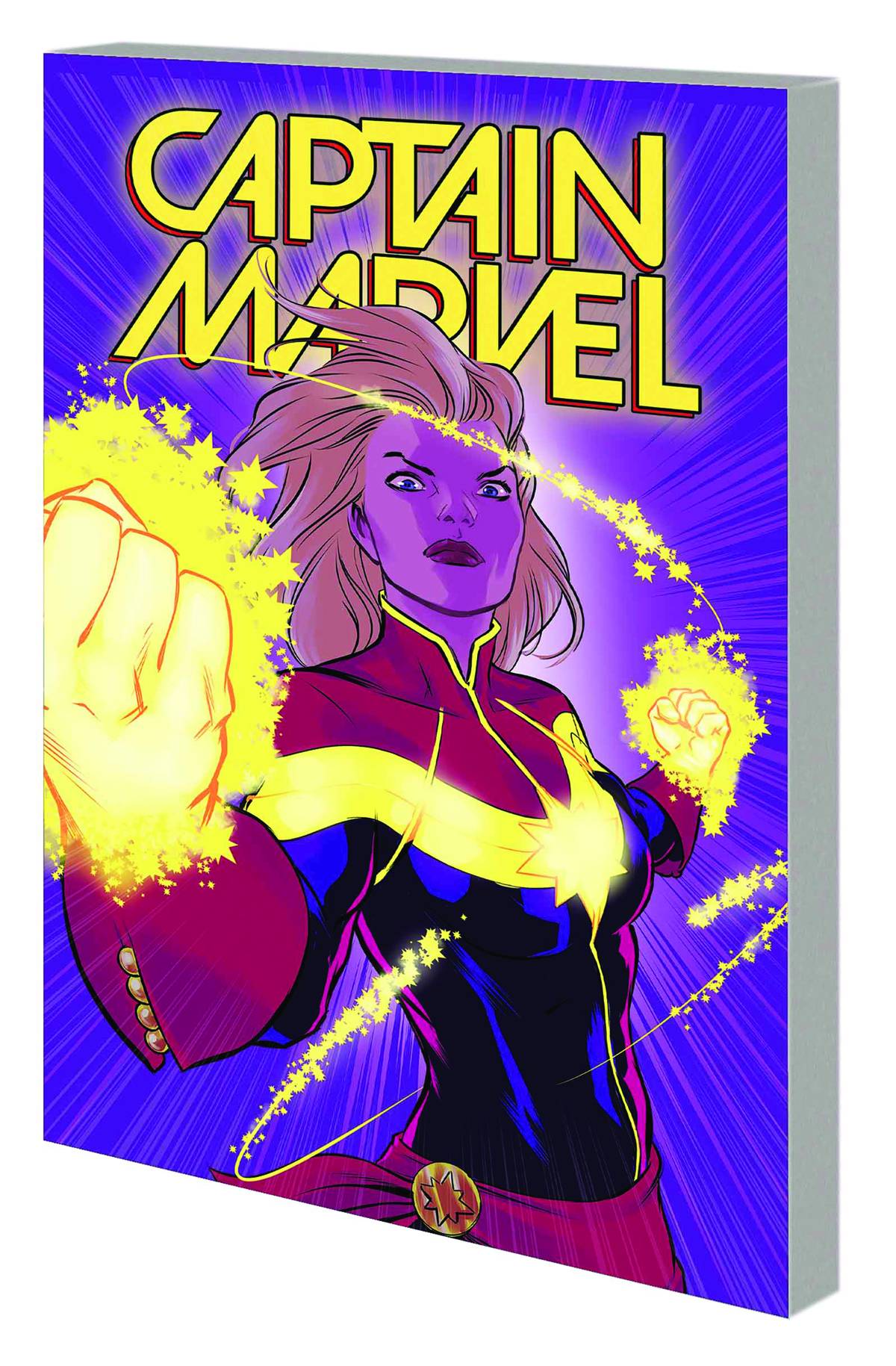 #
MAY150822
(W) Kelly Sue DeConnick (A/CA) David Lopez
Captain Marvel's time as an astronomical Avenger has pitted her against some of the worst the galaxy has to offer. But now, the Haffensye Consortium has finally caught up to Carol and Tic! Carol was barely able to survive the last time she squared off against the Haffensye - will she be so lucky again? And when bloodthirsty space pirates attack, will Captain Marvel find herself in way over her head? Place your bets! Then, Carol is drawn into THE BLACK VORTEX, but as she faces the cosmically powered Iceman and Groot, the Vortex's power may prove too strong for Earth's Mightiest Hero! And as the dust settles, Carol sets her sights on Earth, preparing for a homecoming an entire year in the making! Unfortunately, time is running out for the Avengers - and the end is nigh! Collecting CAPTAIN MARVEL (2014) #12-15.
Rated T+
In Shops: Aug 19, 2015
SRP: $12.99
View All Items In This Series
ORDER WISH LIST