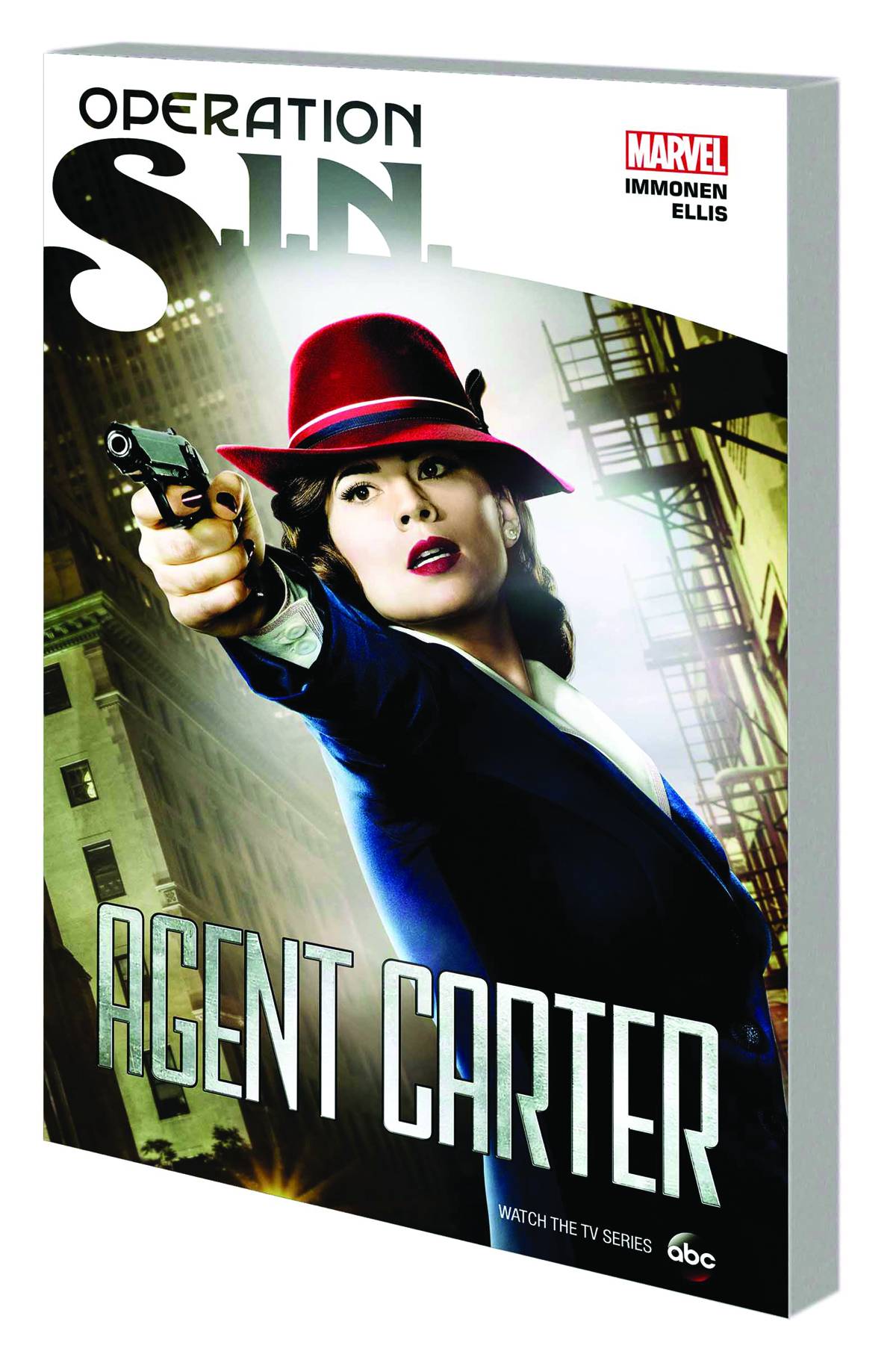 #
MAY150821
(W) Kathryn Immonen (A) Rich Ellis, Ramon K. Perez (CA) Michael Komarck
Tying into the explosive events of ORIGINAL SIN! In the early 1950s, an alien energy source is discovered in Russia. It's up to Peggy Carter and Howard Stark to find it - but a newly risen terrorist group called Hydra is also on the hunt! When the mysterious Woodrow McCord enters the picture and Howard accidentally causes a UFO to fire on Moscow, Peggy and her team must go underground. And when they discover a Hydra-run gulag that hides a mysterious woman just as Soviet scientists open a portal between worlds, an ancient terror is released! But what is it searching for? The truth behind S.I.N. is exposed, and Peggy and the gang face impossible decisions with grisly consequences! Plus: a tale of love and honor starring Peggy Carter and Captain America! Collecting OPERATION S.I.N. #1-5 and CAPTAIN AMERICA AND THE FIRST THIRTEEN #1.
Rated T
In Shops: Aug 12, 2015
SRP: $17.99
ORDER WISH LIST