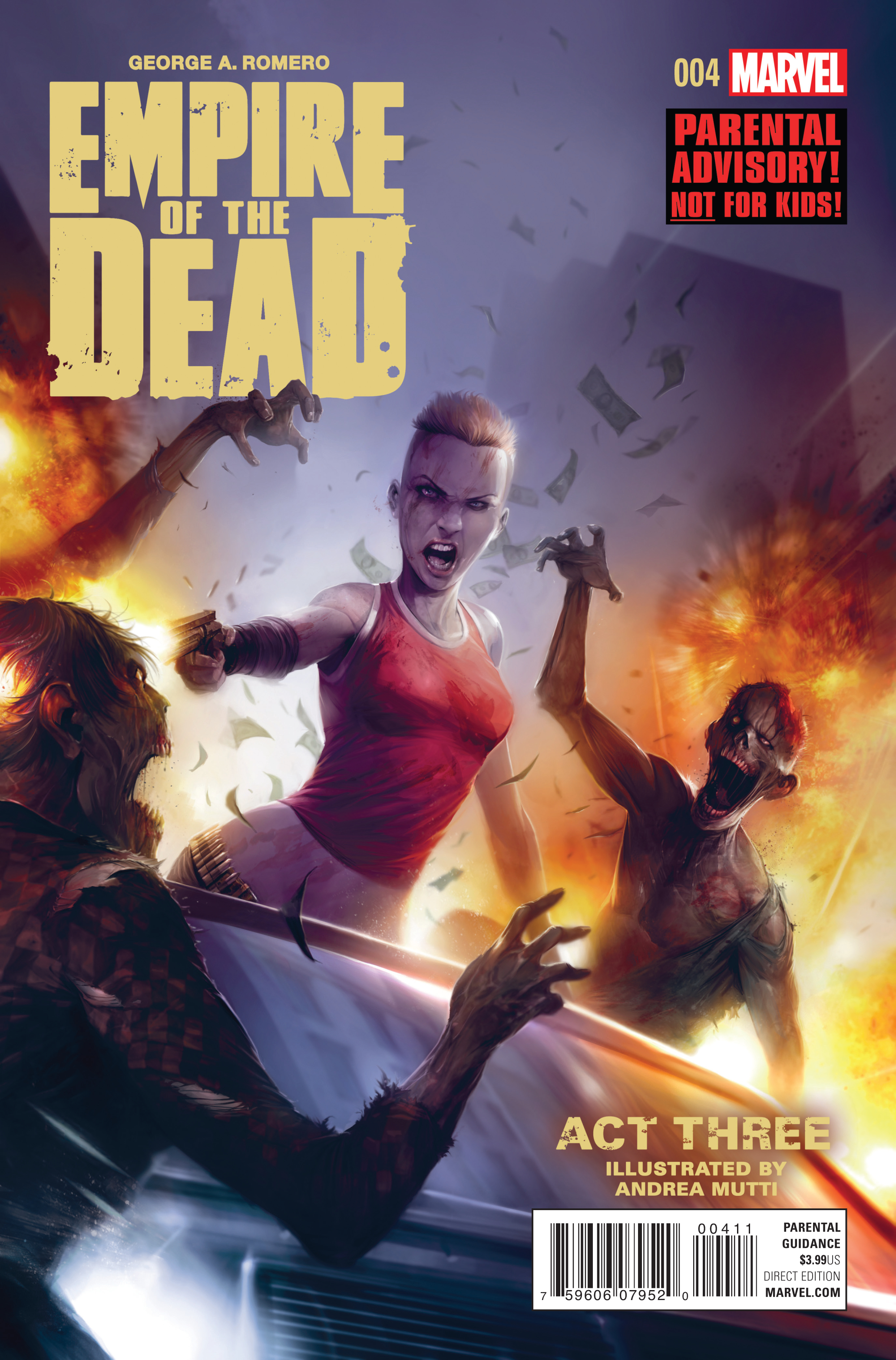 MAY150809
(W) George A. Romero (A) Andrea Mutti, Roberto Poggi (CA) Francesco Mattina
THE PENULTIMATE ISSUE OF GEORGE ROMERO'S NEW HORROR EPIC ARRIVES!
•  The warring factions of rebels have made it into the city. Who will win the battle for New York, and what will be left of it?
•  There's guerrilla warfare...and then there's ZOMBIE guerrilla warfare.
•  Is it any safer outside the city? Runyon and his crew gamble to find out.
Rated T
In Shops: Aug 19, 2015
SRP: $3.99
View All Items In This Series