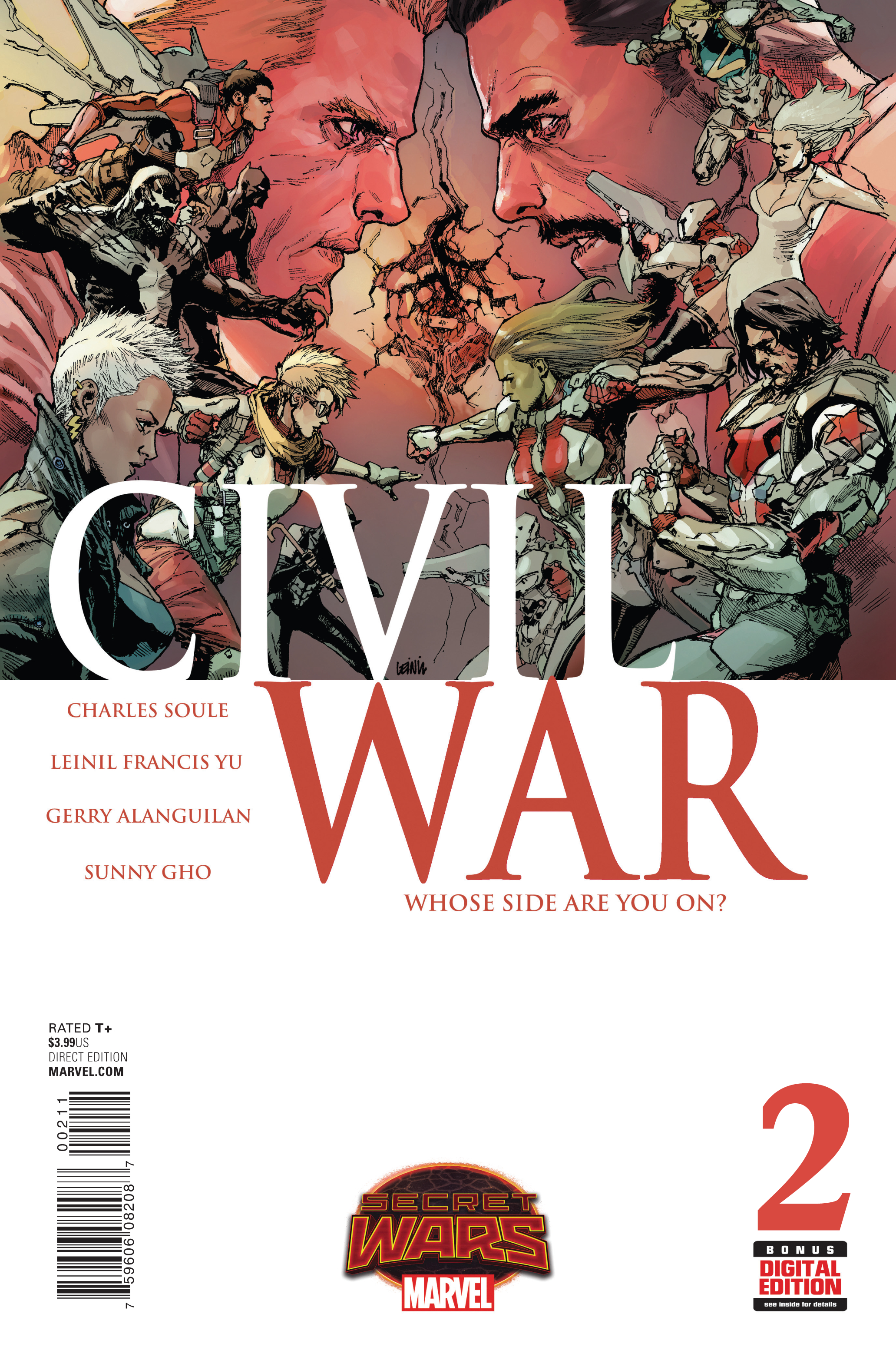 MAY150690
(W) Charles Soule (A) Gerry Alanguilan (A/CA) Leinil Francis Yu
• Skirmishes between each side continue in the wake of a failed attempt at peace. General Rogers and his forces in the Blue continue development of Project Bellcurve, the top-secret effort to win the war in one epic stroke, while Iron President Stark discovers deeply troubling data about the course of the nation's history since its division.
Rated T+
In Shops: Aug 05, 2015
SRP: $3.99
View All Items In This Series