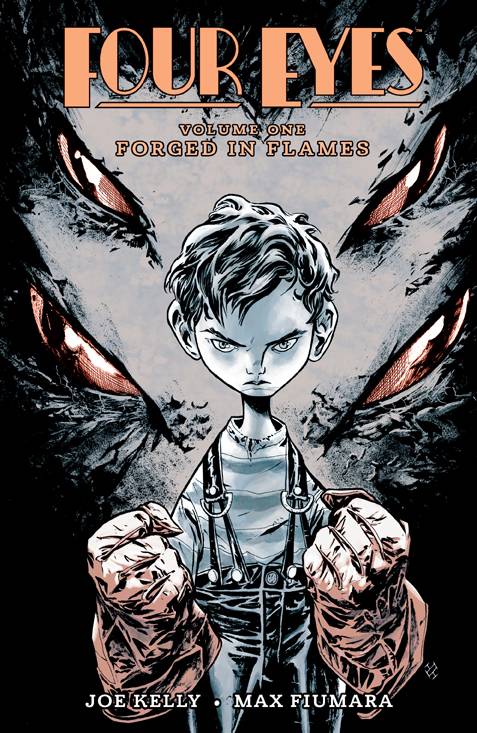 #
MAY150492
(W) Joe Kelly (A/CA) Max Fiumara
In anticipation of the next FOUR EYES arc due in September: Reprinting act one of the epic saga of Enrico, a boy living in an alternate 1930s New York where dragon fighting is the city's number one underground sport and the cause of his father's untimely death. Enrico's literal trial by fire begins here!
Collects FOUR EYES #1-4
In Shops: Jul 08, 2015
SRP: $9.99
View All Items In This Series
ORDER WISH LIST