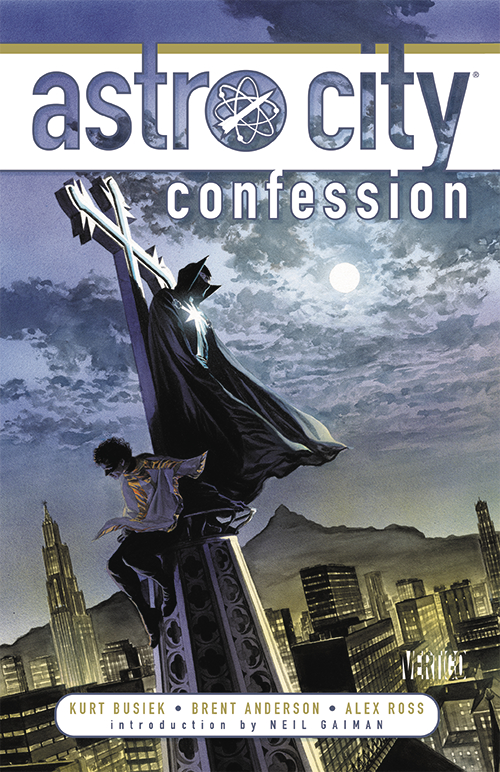 MAY150260
(W) Kurt Busiek (A) Brent Eric Anderson, Will Blyberg (CA) Alex Ross
The classic ASTRO CITY epic is back in a new hardcover collecting issues #4-9 and #1/2! Brian Kinney has left his rural home to seek adventure in the big city - Astro City. After working his way into the super hero scene as a busboy and waiter, Brian attracts the attention of Astro City's vigilante Confessor. Dubbed Altar Boy, Brian becomes the Confessor's sidekick. While Astro City suffers under the looming threat of a serial killer on the loose and the city government moves to ban super heroes altogether, Brian questions the actions of his mentor. If that weren't enough, there just may be an alien invasion looming!
In Shops: Sep 23, 2015
SRP: $24.99
ORDER WISH LIST