FREE COUNTRY A TALE OF THE CHILDRENS CRUSADE HC (MR) 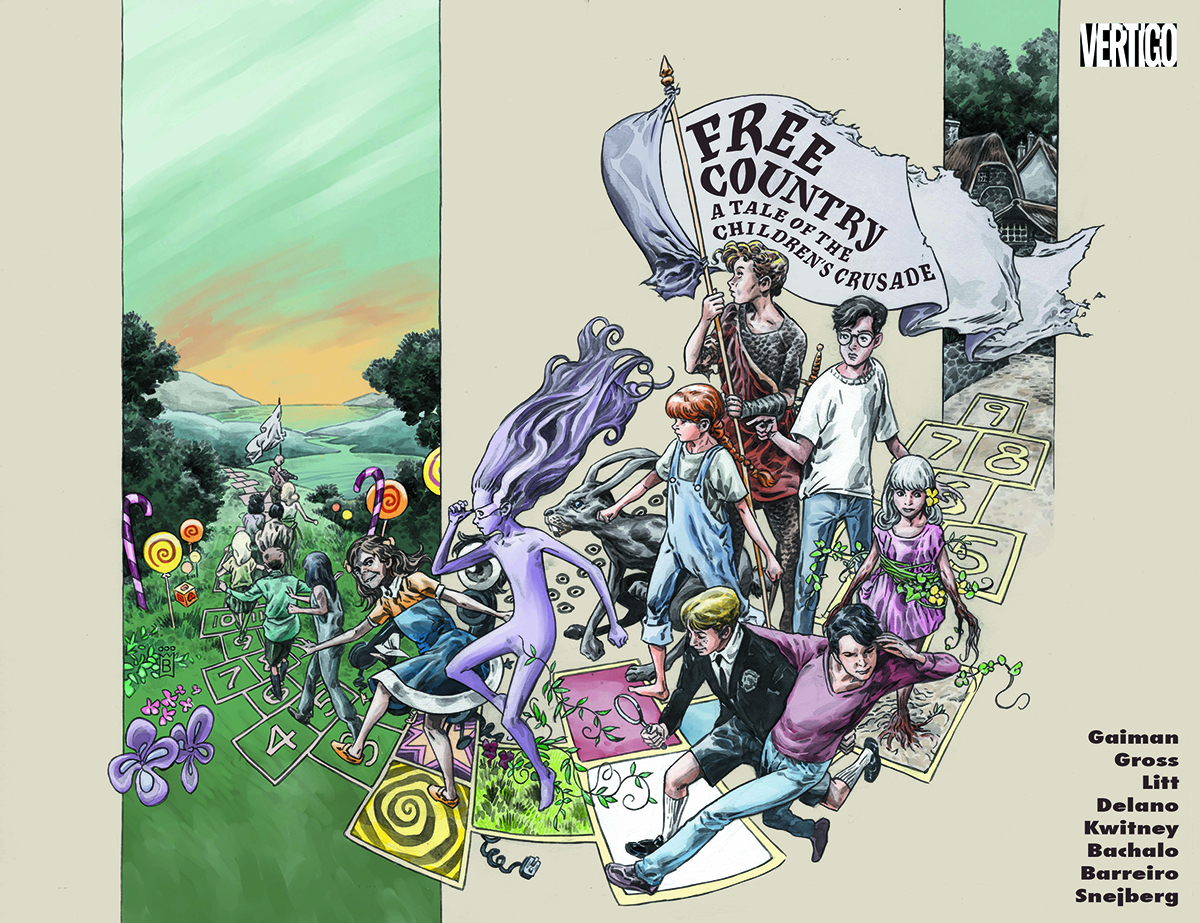 MAY150258
(W) Neil Gaiman, Toby Litt, Alisa Kwitney, Jamie Delano, Rachel Pollack (A) Peter Gross, Chris Bachalo, Mike Barreiro, Peter Snejbjerg, Al Davison (CA) Mark Buckingham
"A long time ago, I wrote the first part of a story, and waited to find out how it middled, then worked with Jamie Delano and Alisa Kwitney on the end. For years people have asked how and when they could read all the story of The Children's Crusade. I'm glad to say that it's now been retooled and refinished, and is something both old and new - a forgotten jewel and a new delight."-Neil Gaiman
For the first time ever, the two-issue miniseries THE CHILDREN'S CRUSADE, written by Neil Gaiman, Alisa Kwitney and Jamie Delano, is collected - and with them, a new chapter written by Toby Litt that completes the tale as Gaiman originally envisioned it.
When several children go missing in a small English town, the Dead Boy Detectives are on the case. A series of strange and unexpected twists takes them to Free Country, a place that dates back a millennium, where children never grow old and are free from the abuse and tyranny of adults. But Free Country is failing, and what it needs is the strength of five innately powerful children - including the young sorcerer Timothy Hunter - to restore their uncanny world to what it once was.
This hardcover collects THE CHILDREN'S CRUSADE #1 and THE CHILDREN'S CRUSADE #2, written by Gaiman with cowriters Alisa Kwitney and Jamie Delano. A brand-new middle chapter written by DEAD BOY DETECTIVES novelist Toby Litt and drawn by artist Peter Gross (THE BOOKS OF MAGIC, THE UNWRITTEN) completes this compelling tale of ancient history, stolen dreams and lost children. It also features a new introduction by Gaiman, plus new cover art by artist Mark Buckingham (FABLES, DEAD BOY DETECTIVES).
In Shops: Sep 23, 2015
SRP: $24.99
ORDER WISH LIST