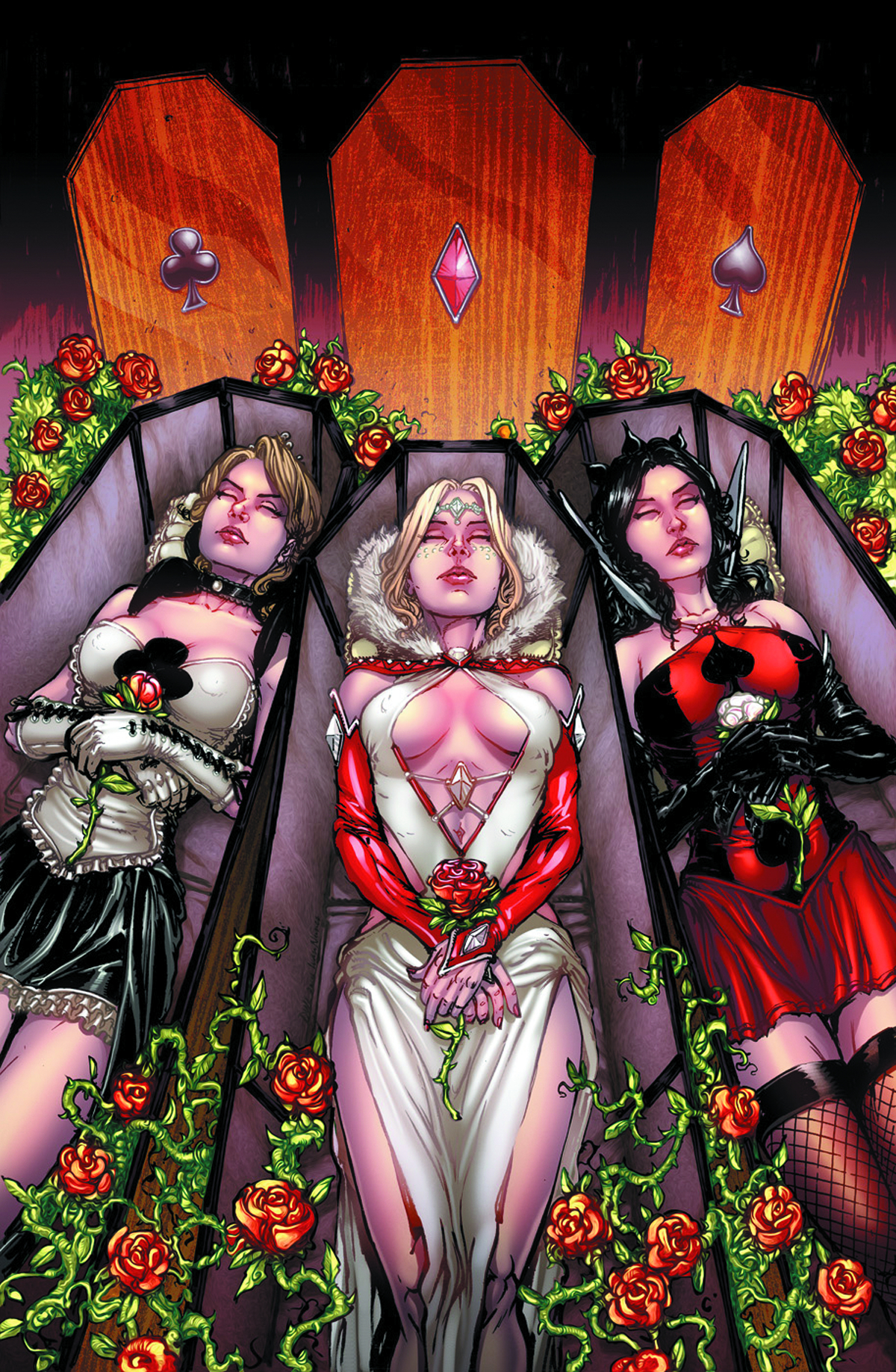 MAY141754
(W) Eric M Esquivel (A) JG Miranda (CA) Daniel Leister
Calie and Violet have been fleeing from Wonderland for their entire lives... until now. In this double-sized, anniversary issue of Wonderland, the Liddle women wage war on Wonderland and the villainous Queen of Spades. When the dust is settled, there will be a new ruler of Wonderland... but will it be someone who has Calie's best interest at heart, or will an evil even worse than the Jabberwocky rise to power?