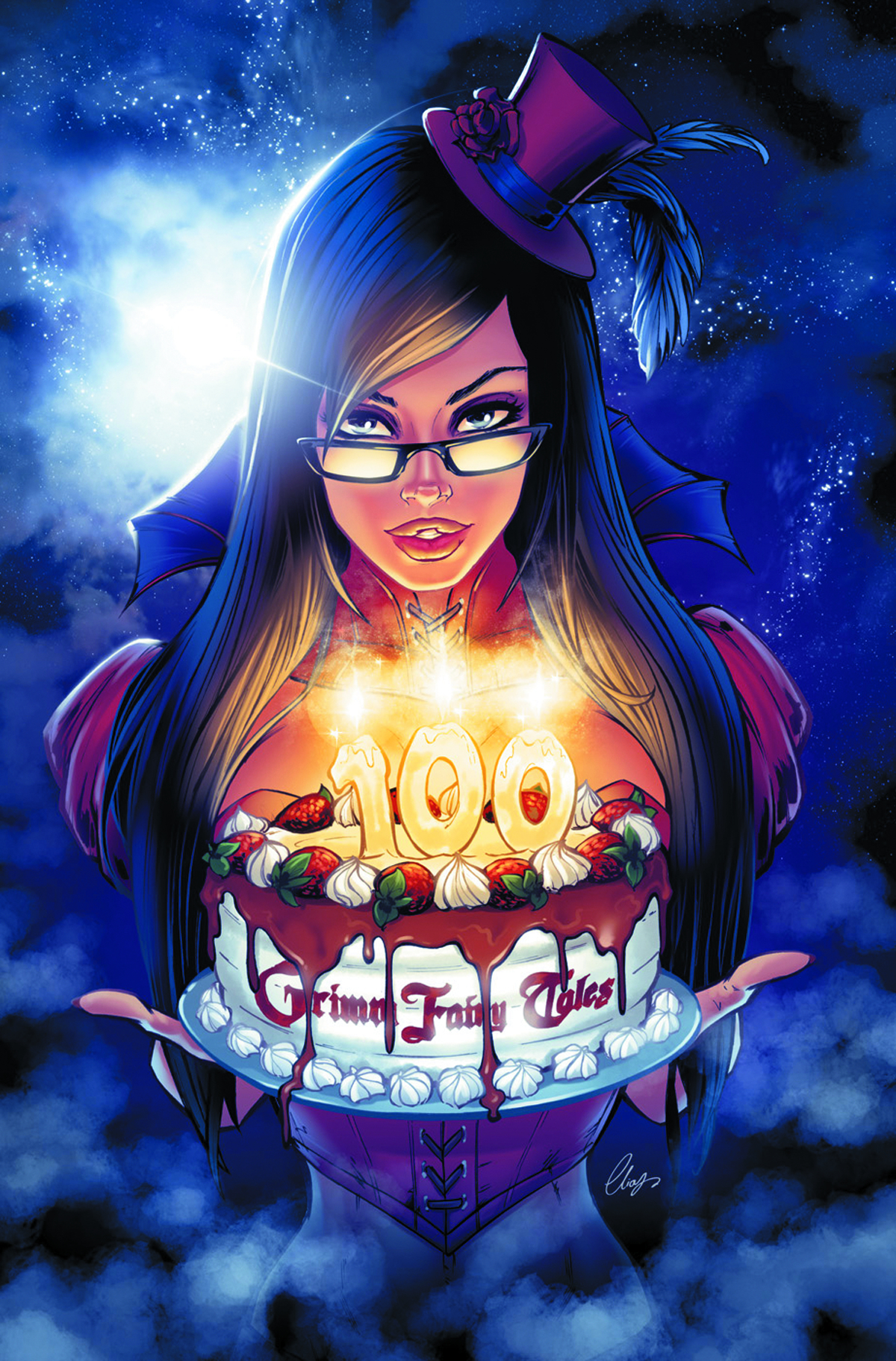 MAY141728
(W) Joe Brusha, Ralph Tedesco (A) Anthony Spay (CA) Elias Chatzoudis
The landmark issue of one of the hottest indie comics of the past decade has arrived!
It all began with Sela Mathers, the Guardian of the Nexus, a woman tasked with teaching misguided humans right from wrong. But Sela's struggles, her ups and downs, the effects of those she's helped and those she's lost to darkness, will all culminate in this epic 100th issue! Sela will take on the biggest threat she's ever faced as the Dark Queen looks to plunge the Grimm Universe into an Age of Darkness.