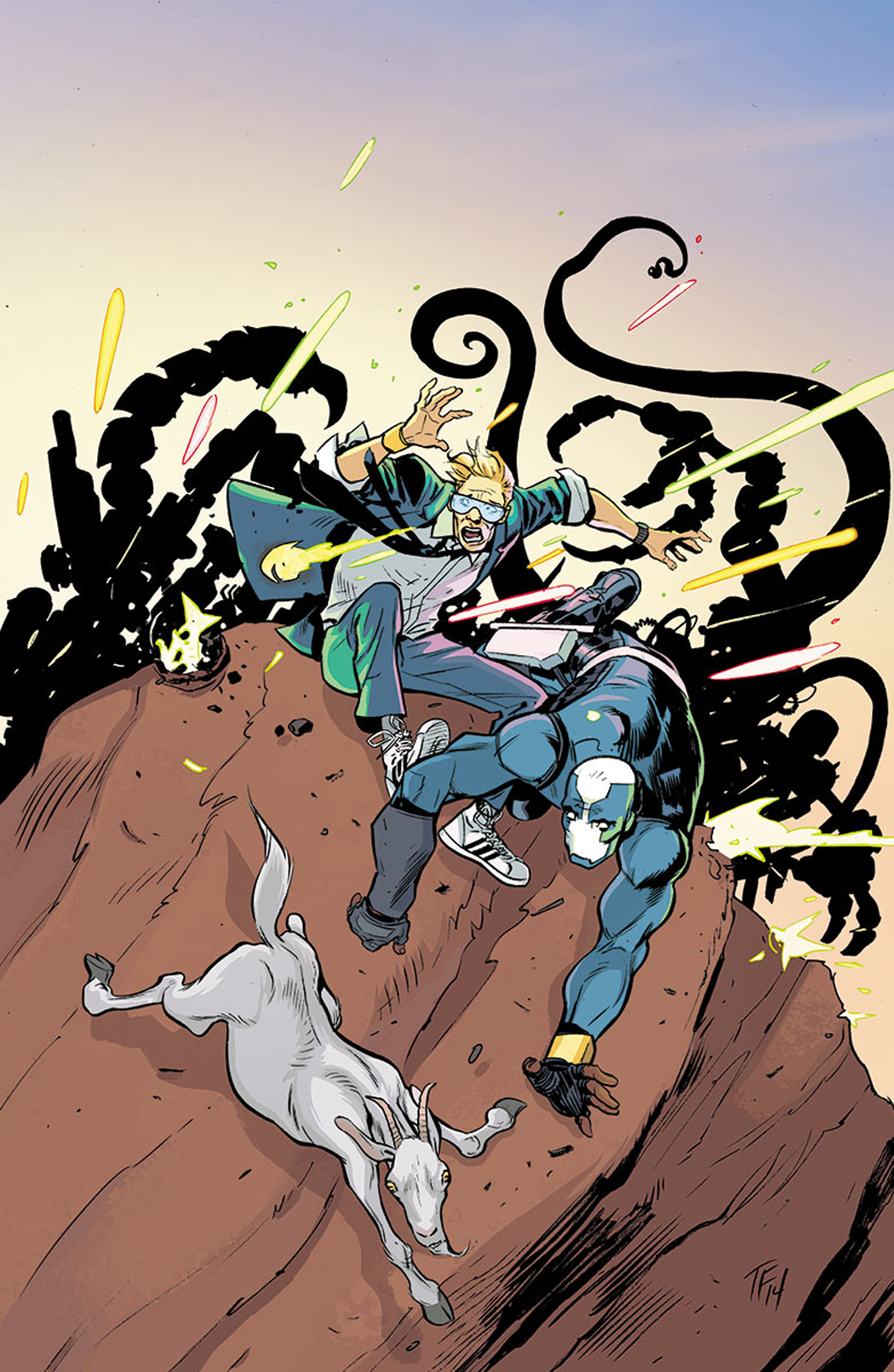 Quantum and Woody took the battle straight to the enemy - the mad-science cabal called Edison's Radical Acquisitions and their mysterious, monstrous new leader - and the enemy kicked their ass! When these rogue biologists (and roboticists) get their hands (and robo-claws) on their new lab subjects, Quantum and Woody are as good as vivisected! (And, by vivisected, we mean dead.)
In Shops: Jul 02, 2014
SRP: $3.99
View All Items In This Series
ORDER WISH LIST