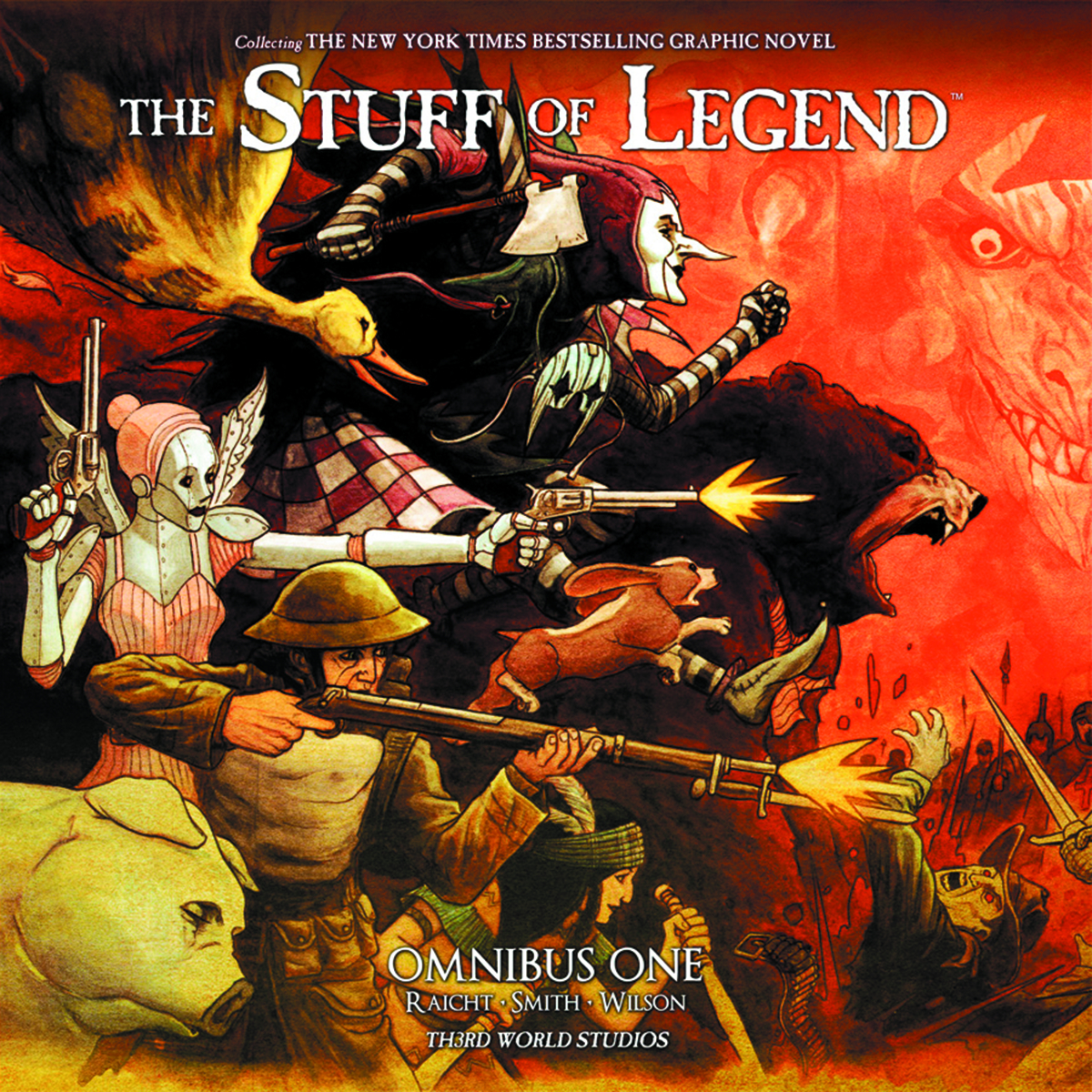 MAY141590
(W) Brian Smith, Mike Raicht (A/CA) Charles Paul Wilson
As Allied forces fight the enemy on Europe's war-torn beaches, another battle begins in a child's bedroom in Brooklyn when the nightmarish Boogeyman snatches a boy and takes him to the realm of The Dark. The child's playthings, led by the toy soldier known as "The Colonel", band together to stage a daring rescue. On their perilous mission they will confront the boy's bitter and forgotten toys, as well as betrayal in their own ranks. The Stuff of Legend is a haunting and ultimately redemptive tale of loyalty, camaraderie, and perseverance. This hardcover collection brings together the first two volumes of the New York Times bestselling graphic novel - The Dark and The Jungle - in one beautiful, 260-page edition. The book also contains never-before-printed character sketches and artwork by series artist and Russ Manning Award nominee, Charles Paul Wilson III.
In Shops: Aug 06, 2014
SRP: $29.99
View All Items In This Series