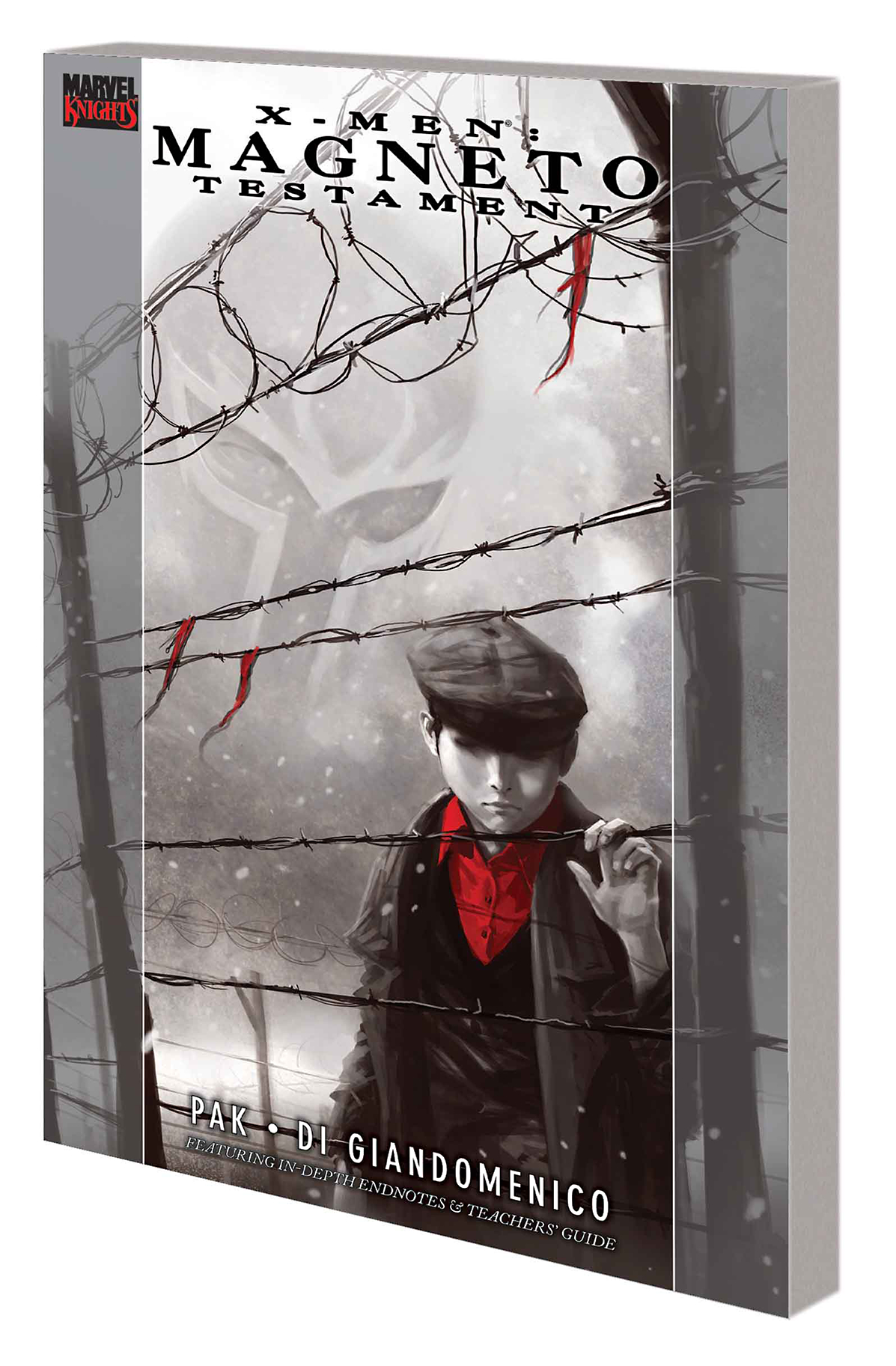 MAY140947
(W) Greg Pak (A) Carmine Di Giandomenico (CA) Marko Djurdjevic
In 1935, Max Eisenhardt was a schoolboy - who happened to be Jewish in Nazi Germany. The definitive origin story of one of Marvel's greatest icons begins with a silver chain and a crush on a girl - and quickly turns into a harrowing struggle for survival against the inexorable machinery of Hitler's Final Solution. Named Best Miniseries of 2008 by IGN, X-Men: Magneto Testament follows Max Eisenhardt from 1935 to 1945 as he fights to protect his family and a Romani girl named Magda from the indignities of a Nuremberg schoolyard, the horrors of war-stricken Poland, and the unfathomable atrocities of Auschwitz-Birkenau. This heartbreaking and historically accurate look at the childhood of one of the most popular X-Men also features in-depth endnotes and extras providing further historical context, including a comprehensive teachers' guide. Collecting X-MEN: MAGNETO TESTAMENT #1-5.
In Shops: Jul 30, 2014
SRP: $19.99