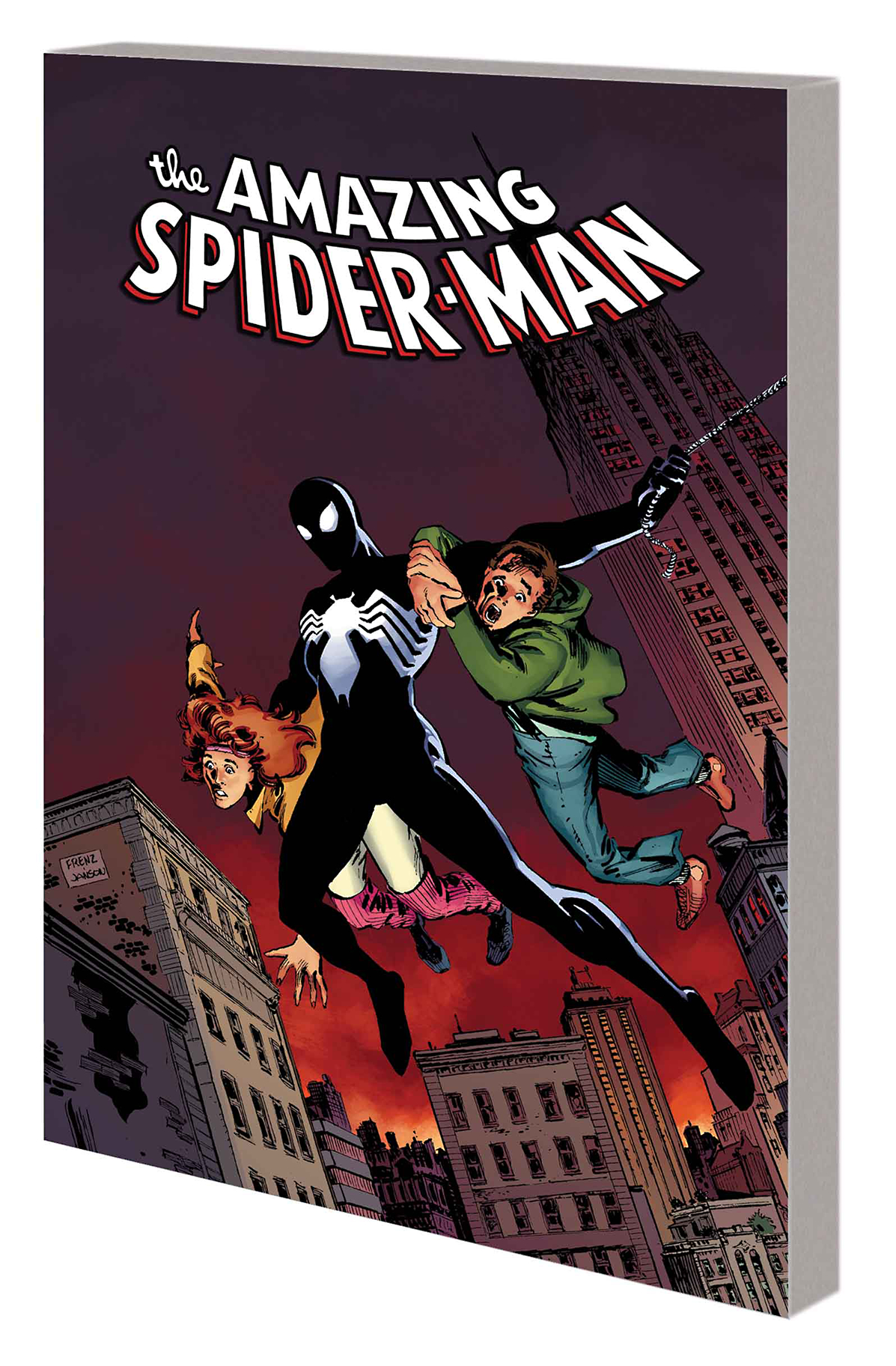 MAY140941
(W) Various (A) Various (CA) Ron Frenz
When Spider-Man returns from the Secret Wars with a snazzy new black suit, he's faster and stronger - and has an unending inbuilt supply of webbing! All the better for tussling with foes such as the Rose, Black Fox, Red Ghost, Jack O'Lantern, Puma and the Blob! Not only that, but he's dressed to impress the Black Cat, too - much to Mary Jane's dismay. But there's something about Peter that's not quite right. Curse that ol' Parker luck, the black costume just happens to be a hungry alien symbiote - and it's grown very attached to him! Savor a chronological retelling of Spider-Man's epic wardrobe malfunction, told across the three Spidey titles of the era! Collecting AMAZING SPIDER-MAN (1963) #252-258, MARVEL TEAM-UP (1972) #141-145 and ANNUAL #7, and PETER PARKER, THE SPECTACULAR SPIDER-MAN (1976) #90-95.
In Shops: Jul 30, 2014
SRP: $44.99
View All Items In This Series