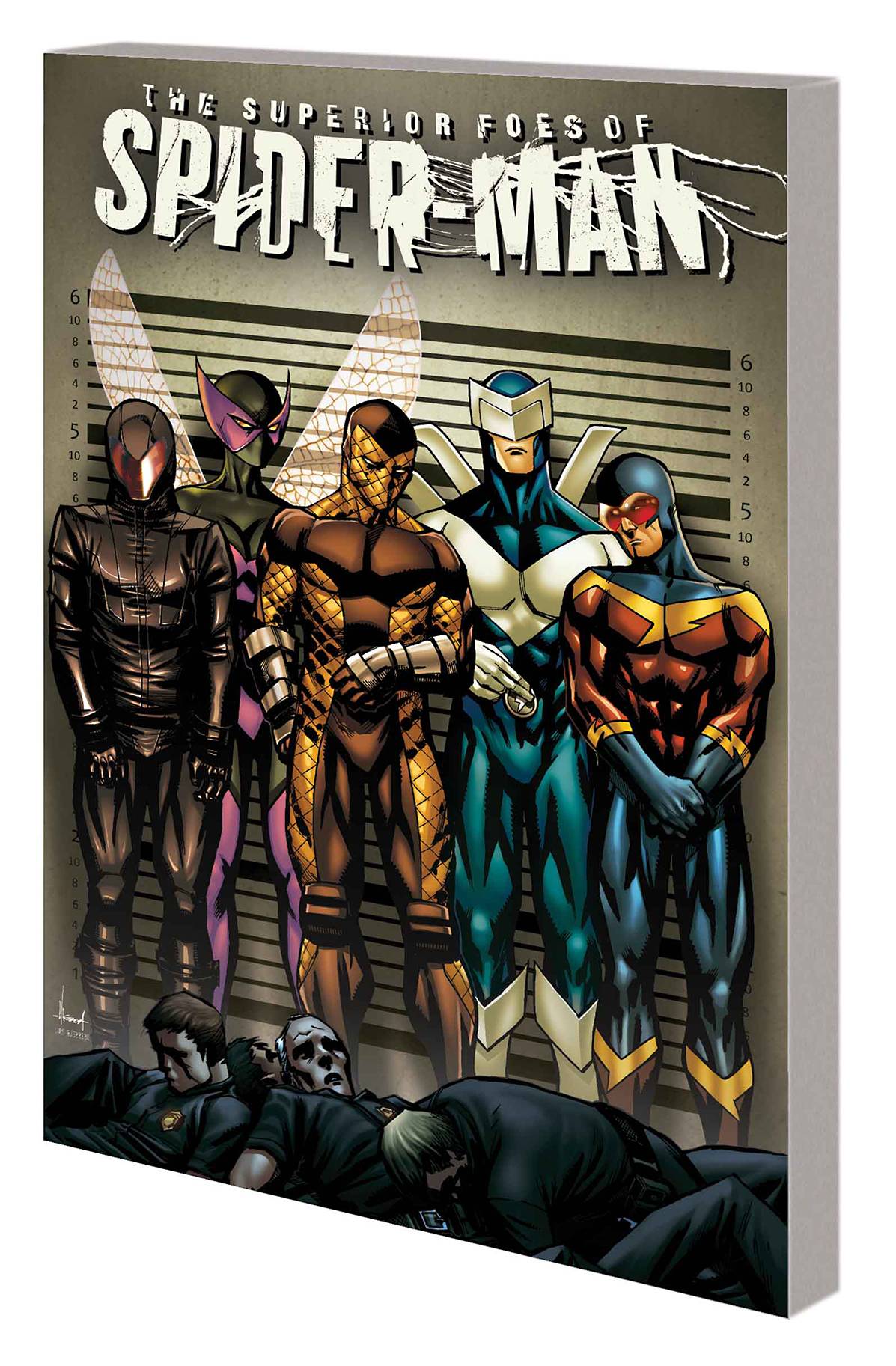 #
MAY140938
(W) Nick Spencer (A/CA) Steve Lieber
The Foes are on the brink as the sleeper hit of the year continues! Nick Spencer (AVENGERS WORLD) and Steve Lieber (HAWKEYE) bring you the crime of the century! But if Speed Demon can't do the time, then he shouldn't have done the crime! Boomerang has been targeted for death - but what does the Beetle know about it? Is Overdrive a rat for the Feds? Can Shocker and Boomerang repair their relationship? (And did we seriously just use that question to try to sell a book?) And did you ever wonder what Shocker does on his day off? Because the answer turns out to be "get punched. Repeatedly." It's a second serving of the greatest villain book on the stands today! Crime does pay - but the Foes just might pay harder! Collecting THE SUPERIOR FOES OF SPIDER-MAN #7-11.
In Shops: Jul 30, 2014
SRP: $16.99
View All Items In This Series
ORDER WISH LIST