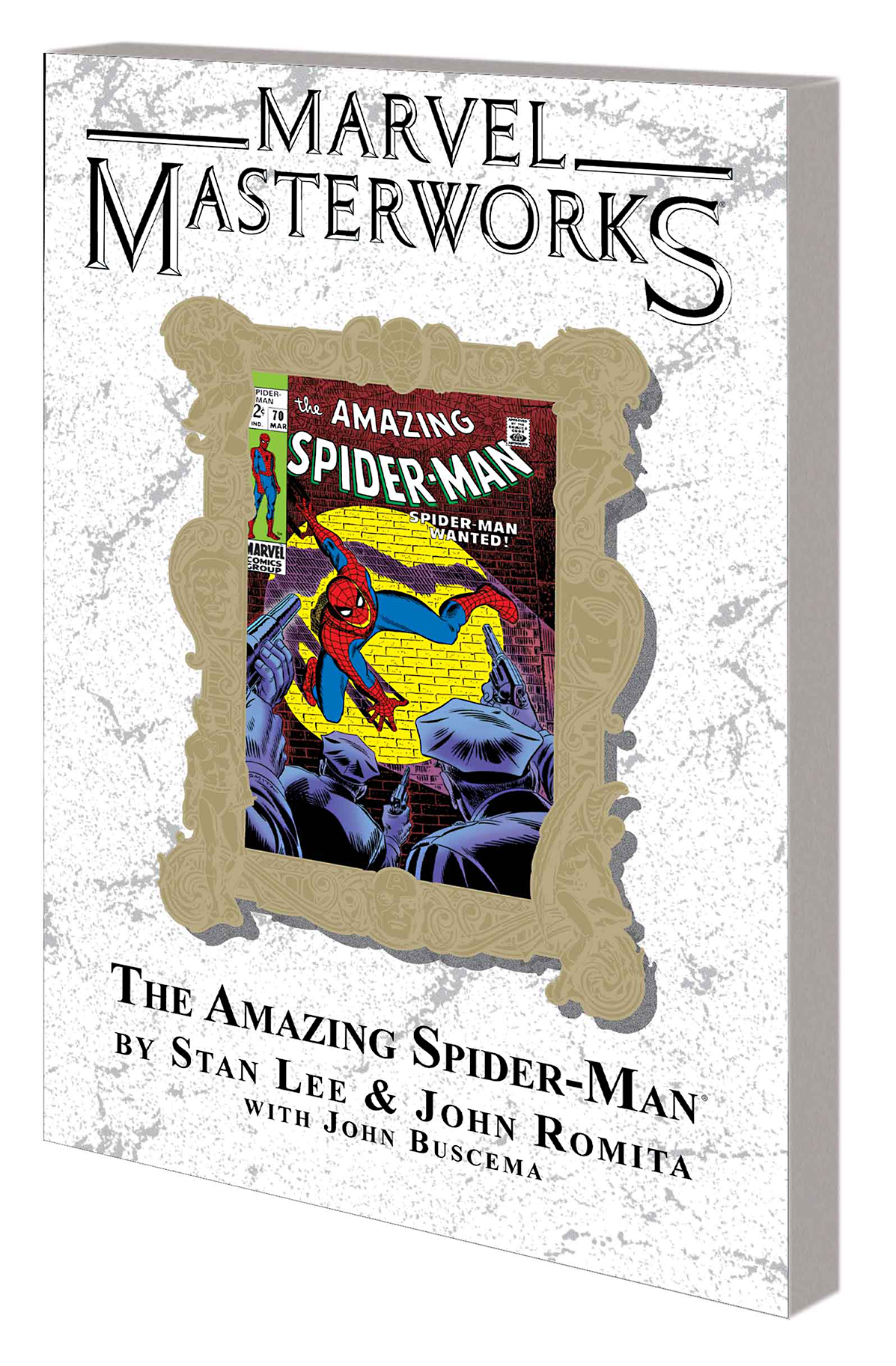 MAY140924
(W) Stan Lee (A) Various (CA) Richard Isanove
It's time for another round of web-slinging wonderment from two of the men who put the "master" in Masterworks - Stan Lee and John Romita Sr.! Their classic "Saga of the Stone Tablet" kicks off with the Kingpin's quest to decipher an ancient clay tablet whose secrets promise great power. But Spidey soon gets caught in the mix and finds himself branded Public Enemy No. 1! With the Kingpin on one side and J. Jonah Jameson on the other, turning up the heat in the Daily Bugle, things go from bad to horrible when the mob gets involved. It's a Peter Parker pressure cooker! Also featuring battles with Quicksilver, the Shocker and the Lizard, along with a rare Stan Lee/Ross Andru Spidey story from MARVEL SUPER-HEROES #14! Collecting AMAZING SPIDER-MAN (1963) #68-77 and MARVEL SUPER-HEROES (1967) #14.
In Shops: Jul 30, 2014
SRP: $24.99
View All Items In This Series
ORDER WISH LIST