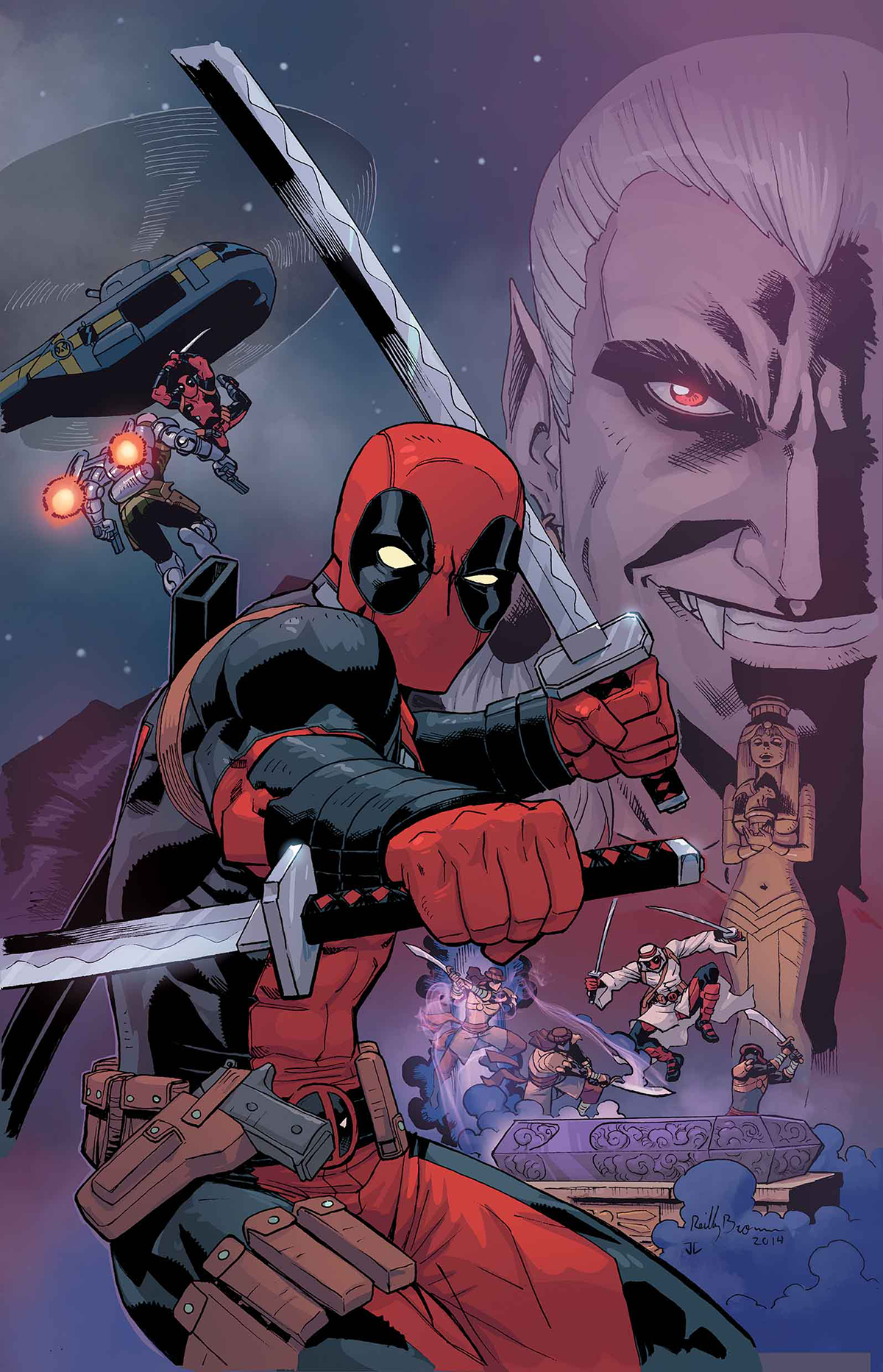 MAY140892
(W) Gerry Duggan, Brian Posehn (A) Nelson DeCastro, Terry Pallot (A/CA) Reilly Brown
• You saw Deadpool's marriage to the succubus queen Shiklah, now see their first meeting and romance!
•  The hit series originally presented as a Marvel Infinite Comic makes the leap to the paper medium for the first time!
•  When Dracula hires Deadpool to transport a highly-valuable delivery for him, he has no idea what kind of trouble he's in for. Guest-starring Blade, M.O.D.O.K., Hydra Bob, Werewolf by Night, and more-hop on with Deadpool for a crazy journey across the world...and into the heart of the Merc with the Mouth!
•  Note: part of issue #1 contains content from the free DEADPOOL: THE GAUNTLET #1
In Shops: Jul 30, 2014
SRP: $3.99
View All Items In This Series