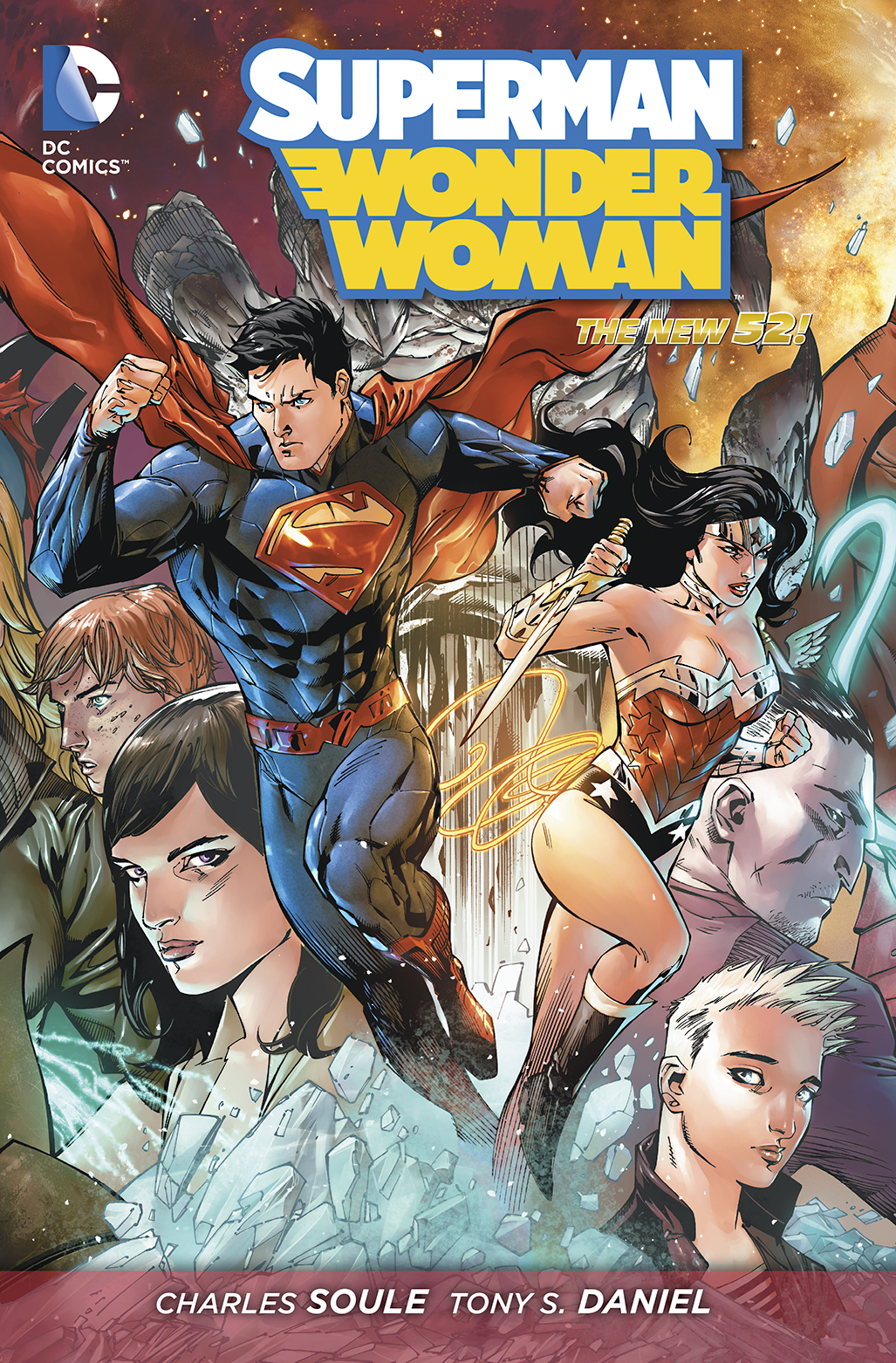 MAY140371
(W) Charles Soule (A) Eddy Barrows, Paolo Siqueira, Barry Kitson, Sandu Florea, Eber Ferreira (A/CA) Tony S. Daniel, Matt Batt Banning
Beginning a bold new series that looks at the relationship between The Man of Steel and the Amazon Princess, as writer Charles Soule (SWAMP THING) is joined by artist Tony S. Daniel (DETECTIVE COMICS) to tell the tale of a romance that will shake the stars themselves. These two super-beings love each other, but not everyone shares their joy. Some fear it, some test it - and some will try to kill for it. Some say love is a battlefield, but where Superman and Wonder Woman are concerned it spells Doomsday! Collects Issues #1-6 of their new, blockbuster series.
In Shops: Sep 17, 2014
SRP: $24.99
View All Items In This Series
ORDER WISH LIST