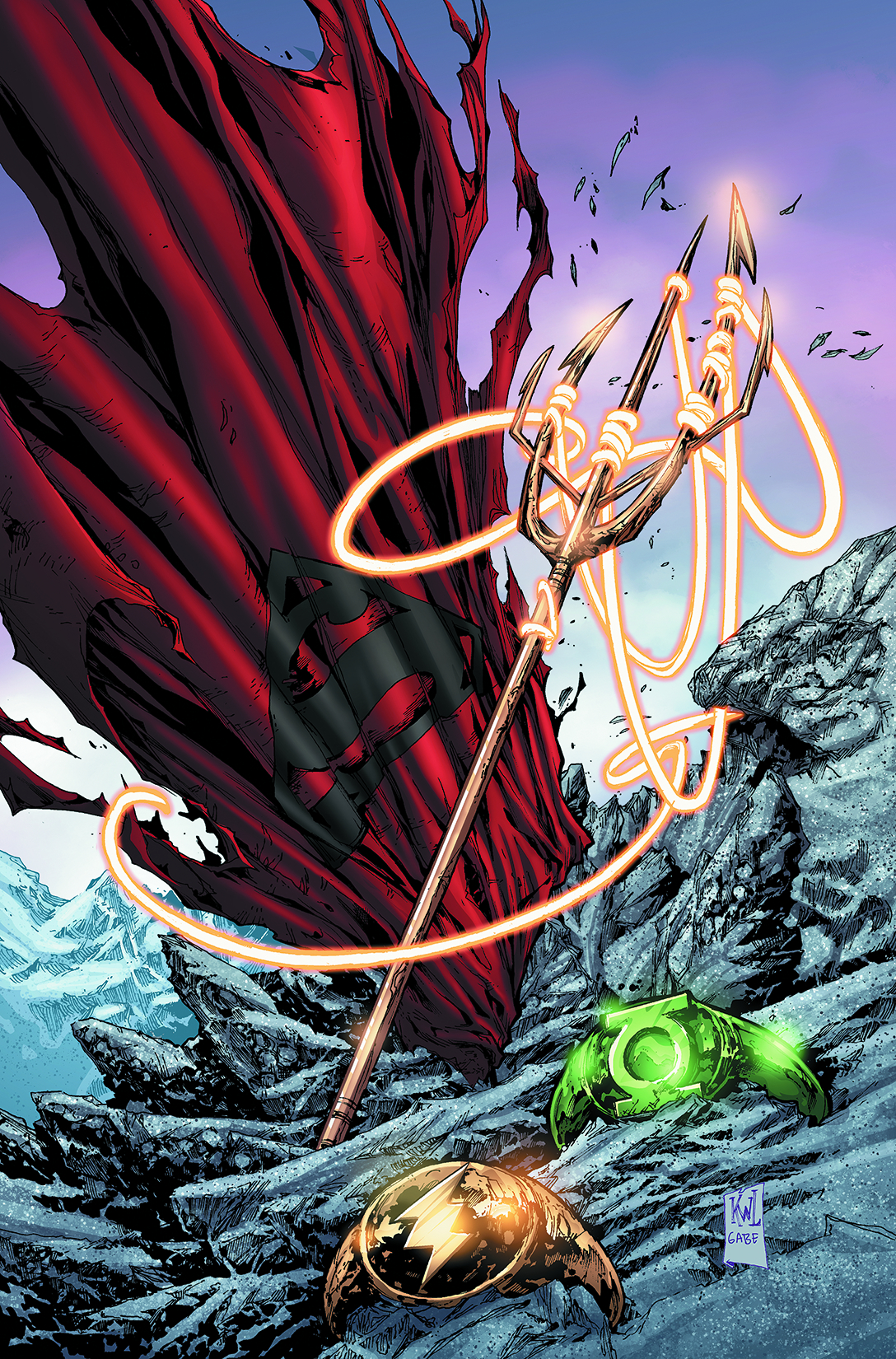 MAY140362
(W) Matt Kindt (A) Doug Mahnke, R. B. Silva, Tom Derenick, Eddy Barrows, Diogenes Neves, Allen Martinez, Eber Ferreira, Tom Nguyen, Marc Deering, Christian Alamy, Keith Champagne, Ruy Jose, Vicente Cifuentes (CA) Ken Lashley
As the smoke clears from TRINITY WAR, one thing looks disturbingly clear: The members of the Justice League of America are dead, betrayed by one of their own. But all is not what it seems. Martian Manhunter and Star Girl live to fight another day, only to find themselves trapped on an alien world under the control of a group of Super-Villains. The key to their survival may lie in the hands of Despero! Don't miss these stories from issues #8-14!
In Shops: Sep 10, 2014
SRP: $24.99
View All Items In This Series