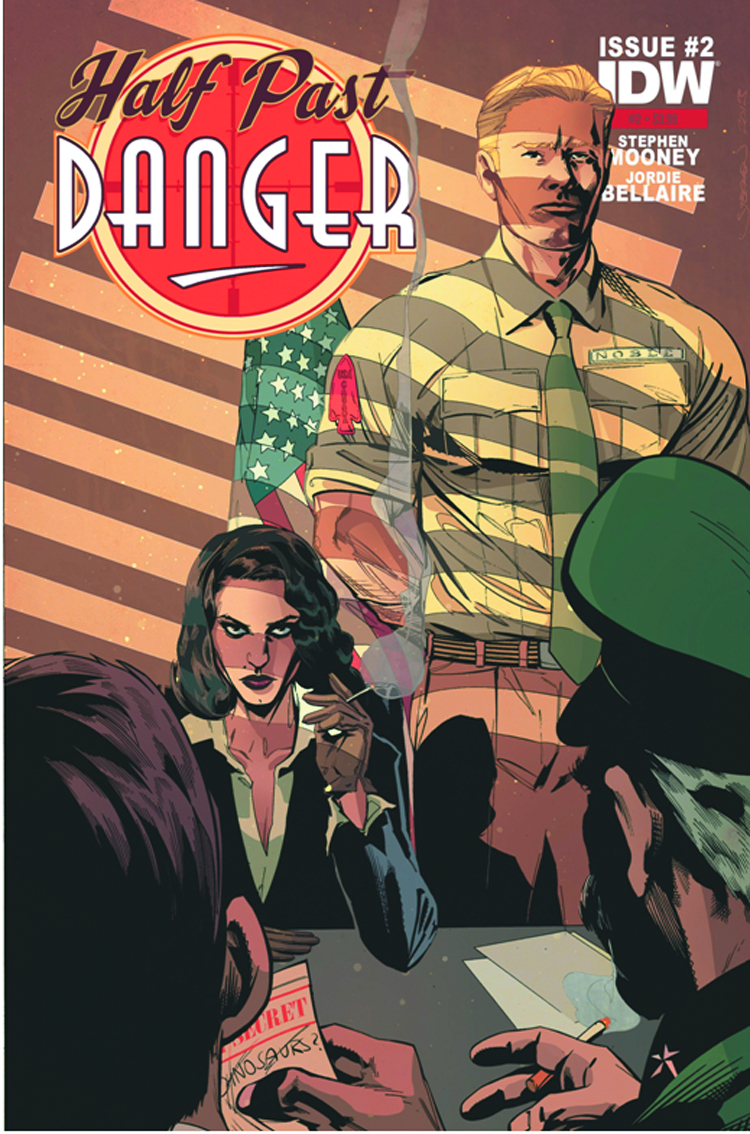 MAY138413
(W) Stephen Mooney (A/CA) Stephen Mooney
From IDW Publishing. Hangovers don't come much worse than this ... Tommy 'Irish' Flynn awakes from his bar-room battering to face a military court chaired by his mysterious assailants. The enigmatic MI6 Agent Huntington-Moss wants Irish to guide them to the Pacific Island site that saw Flynn's Squad annihilated in a Dinosaur attack. But the island is home to other monsters too: The SS are there to claim the creatures for themselves. Convincing Irish to return to the site of his worst nightmares proves to be just the beginning... Scheduled in stores 08/21/2013. (4793)