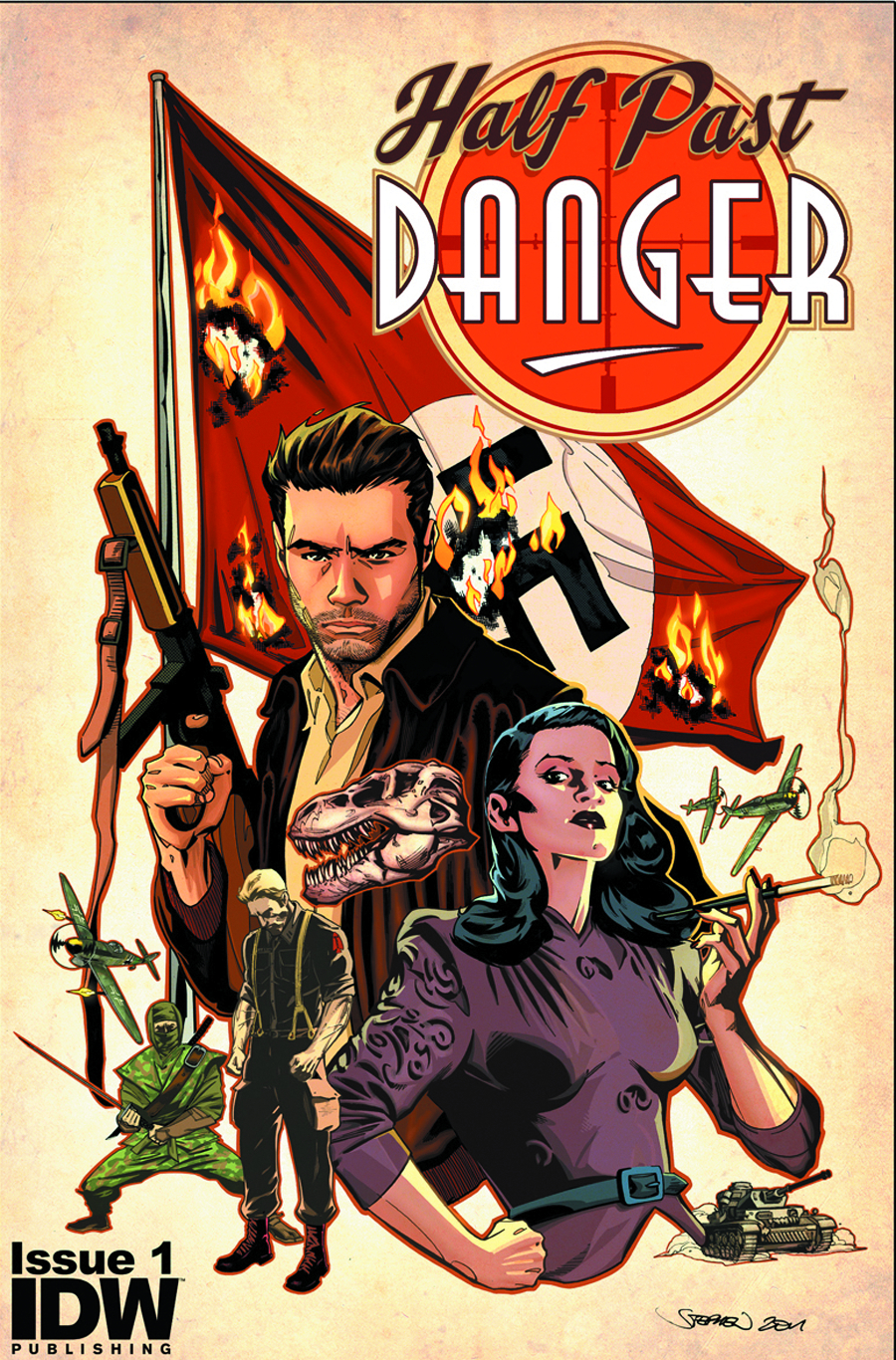 MAY138203
(W) Stephen Mooney (A/CA) Stephen Mooney
From IDW Publishing. Spectacular Second Printing of the Sold-out Debut Issue! Dames. Dinosaurs. Danger. Summer, 1943, and in the midst of a war waged by monsters, Staff Sergeant Tommy "Irish" Flynn never expected to encounter a real one. But on a remote island in the South Pacific, Flynn and his squad come face-to-fanged-face with creatures long thought dead. Scheduled in stores 07/31/13. (4793)