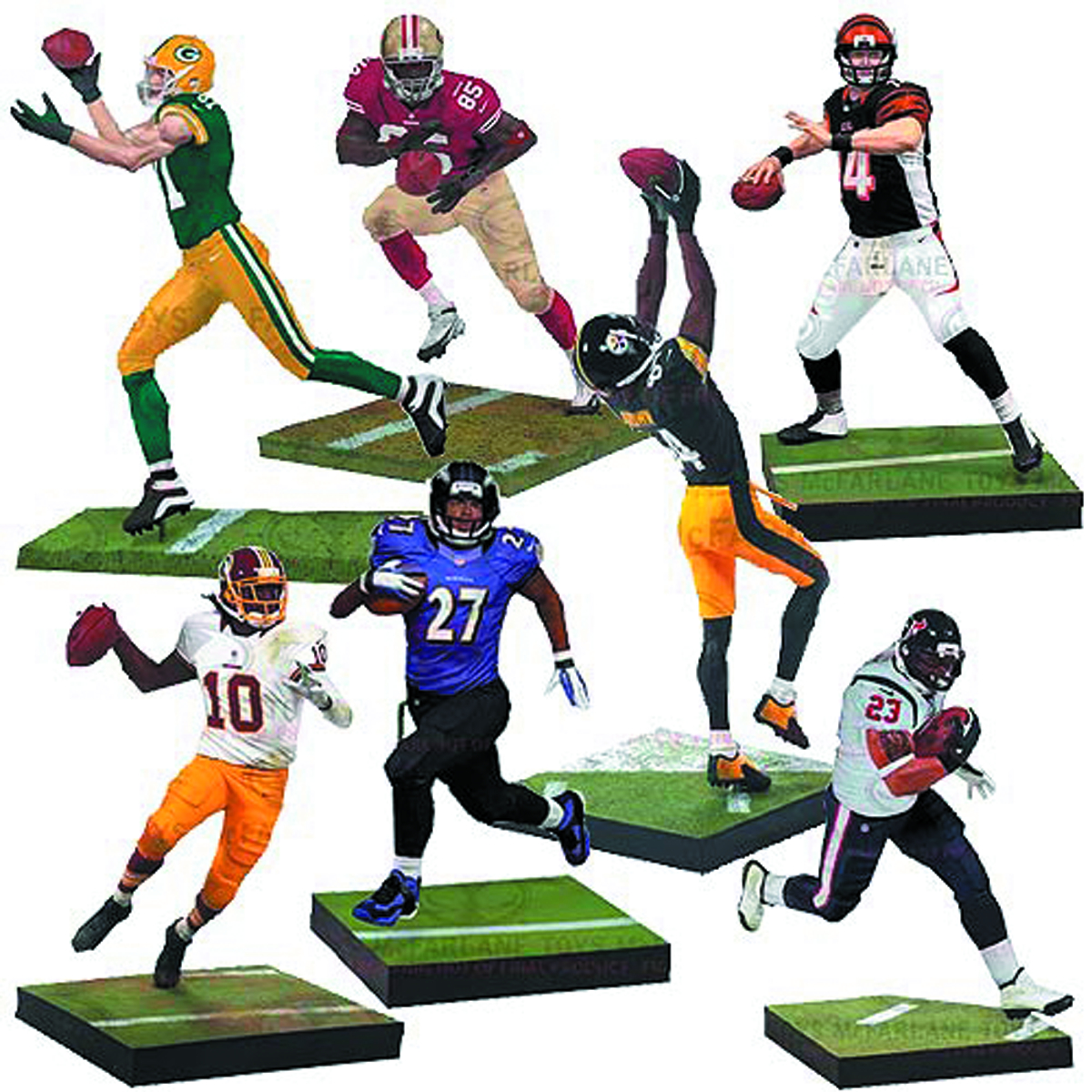 MAY131843
McFarlane SportPicks' NFL Series 32 offers up a wide selection of NFL superstar favorites, and some new faces never before seen in the SportsPicks universe! This series will include Robert Griffin III (New Pose!), Ray Rice (New Pose), and Arian Foster. And making their SportsPicks debut are Vernon Davis, Andy Dalton, Antonio Brown, and Jordy Nelson! This series also has plenty of collector-level figures for the avid fans to track down, with figures of varying levels of rarity and all-new "Game Face" variant figures. Blister card packaging.
In Shops: Aug 21, 2013
SRP: PI