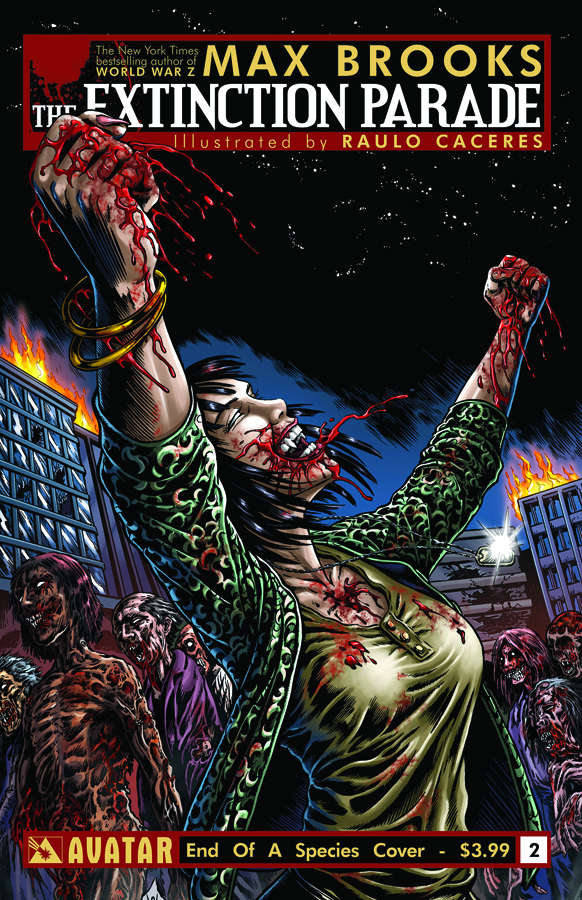 MAY130888
(W) Max Brooks (A/CA) Raulo Caceres
MAX BROOKS - author of the New York Times Best Selling novels, World War Z and The Zombie Survival Guide, brings a new vision of stark terror to comics with this innovative mega-series! Across the globe the alpha subdead vampire race has identified the battle lines. With their prey dwindling beneath the weight of zombie apocalypse, the bloodsuckers must decimate the ranks of the walking dead to ensure their survival. But the rolling plague hordes are like a tidal wave of destruction, wiping clean the earth beneath them and swelling their ranks to legion. Will even the superhuman ferocity of the vampire race be able to bring mankind back from the brink for their own nefarious purposes? Three species in mortal conflict. This is how a species dies.  Available with Regular, Wraparound, End of a Species and Bloodwashed Retailer Incentive covers by Raulo Caceres. Also, available with a special black Leather cover, limited to just 1000 copies!