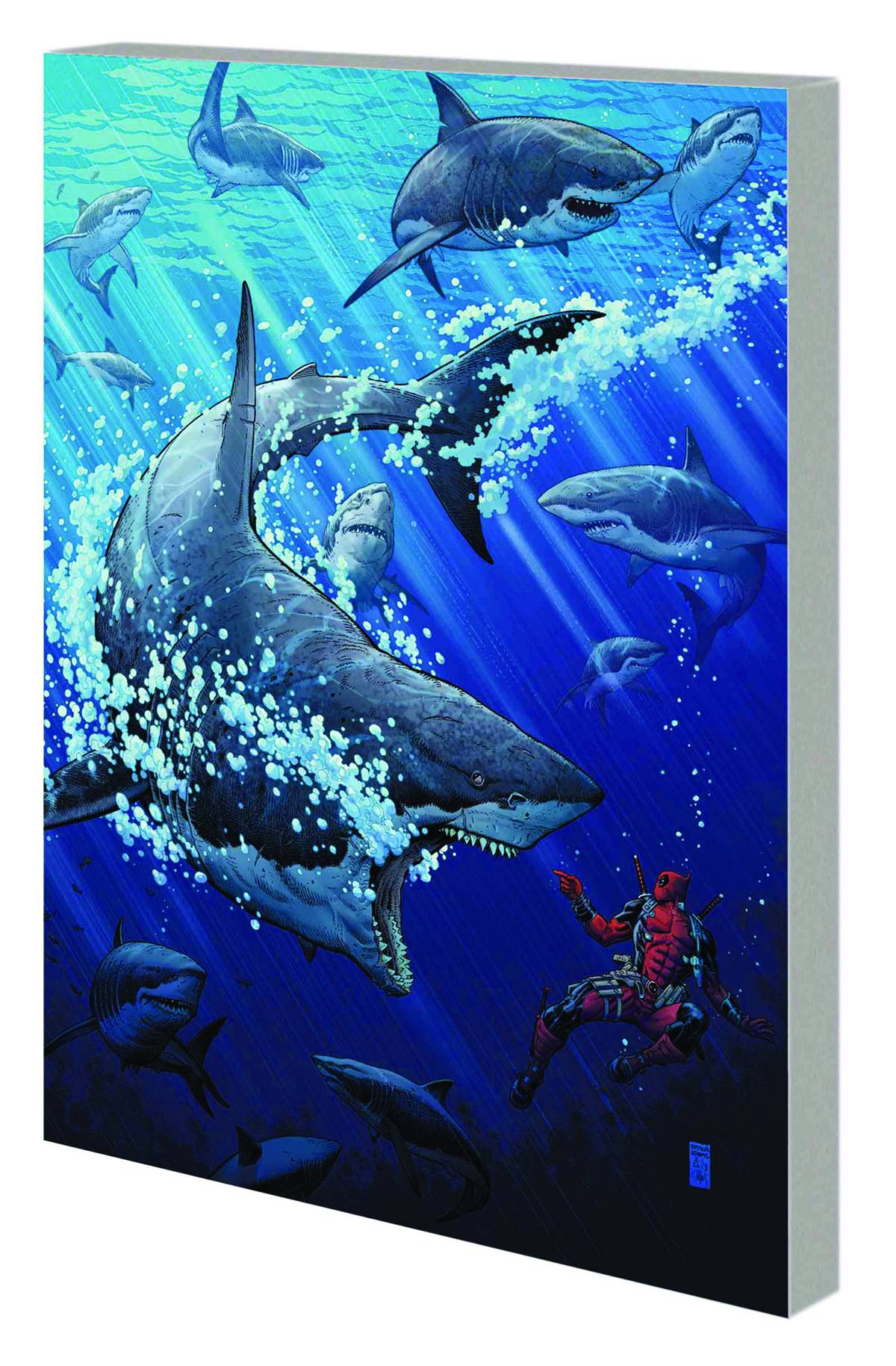 #
MAY130727
(W) Gerry Duggan, Brian Posehn (A) Scott Koblish, Mike Hawthorne (CA) TBD
First: Flash back to Deadpool's adventures of yesteryear with Iron Man! Then: A demon hires Deadpool to reclaim damned souls! And just in case you didn't think he could get any stranger, Wade gets in touch with his feminine side! Plus: Deadpool targets a man with aquatic powers, and then teams up with your Superior Neighborhood Spider-Man! And we promise he kills one of those two! Gerry Duggan and Brian Posehn's hilarious, nonstop reinvention of the Merc With a Mouth continues here! Collecting DEADPOOL (2012) #7-12.
In Shops: Aug 21, 2013
SRP: $15.99
View All Items In This Series
ORDER WISH LIST