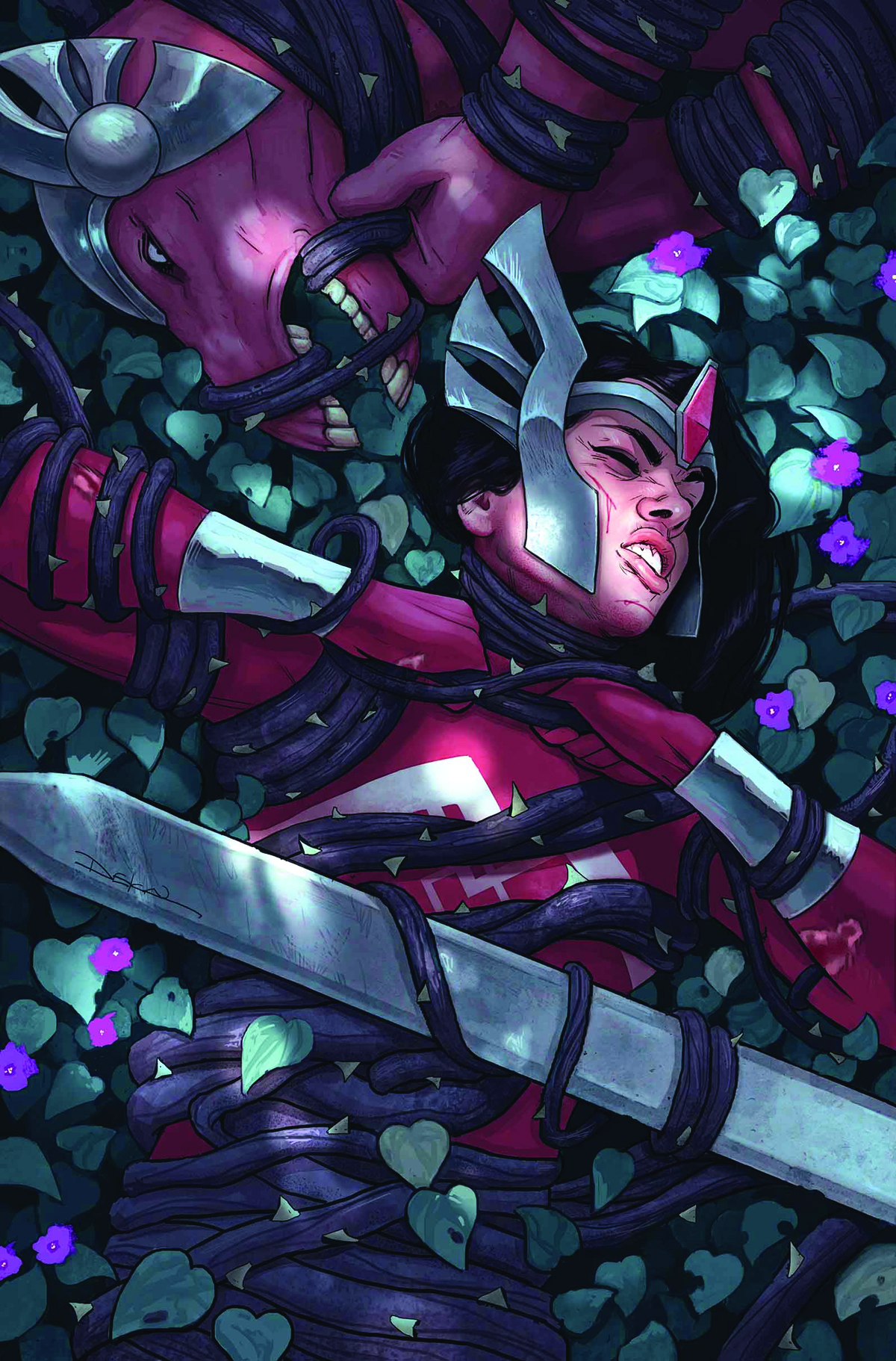 MAY130653
(W) Kathryn Immonen (A) Valerio Schiti (CA) Jeff Dekal
• Bad enough that Sif and Beta Ray Bill had to battle inappropriate thoughts but now their smashed up space station is attacking them!
•  It's all swords and hammers on deck as allies start to mutate, dead exes arise and the mysterious Ark ship gives up its sinister secrets!
•  All systems are $%^#!
In Shops: Jul 24, 2013
SRP: $2.99
View All Items In This Series