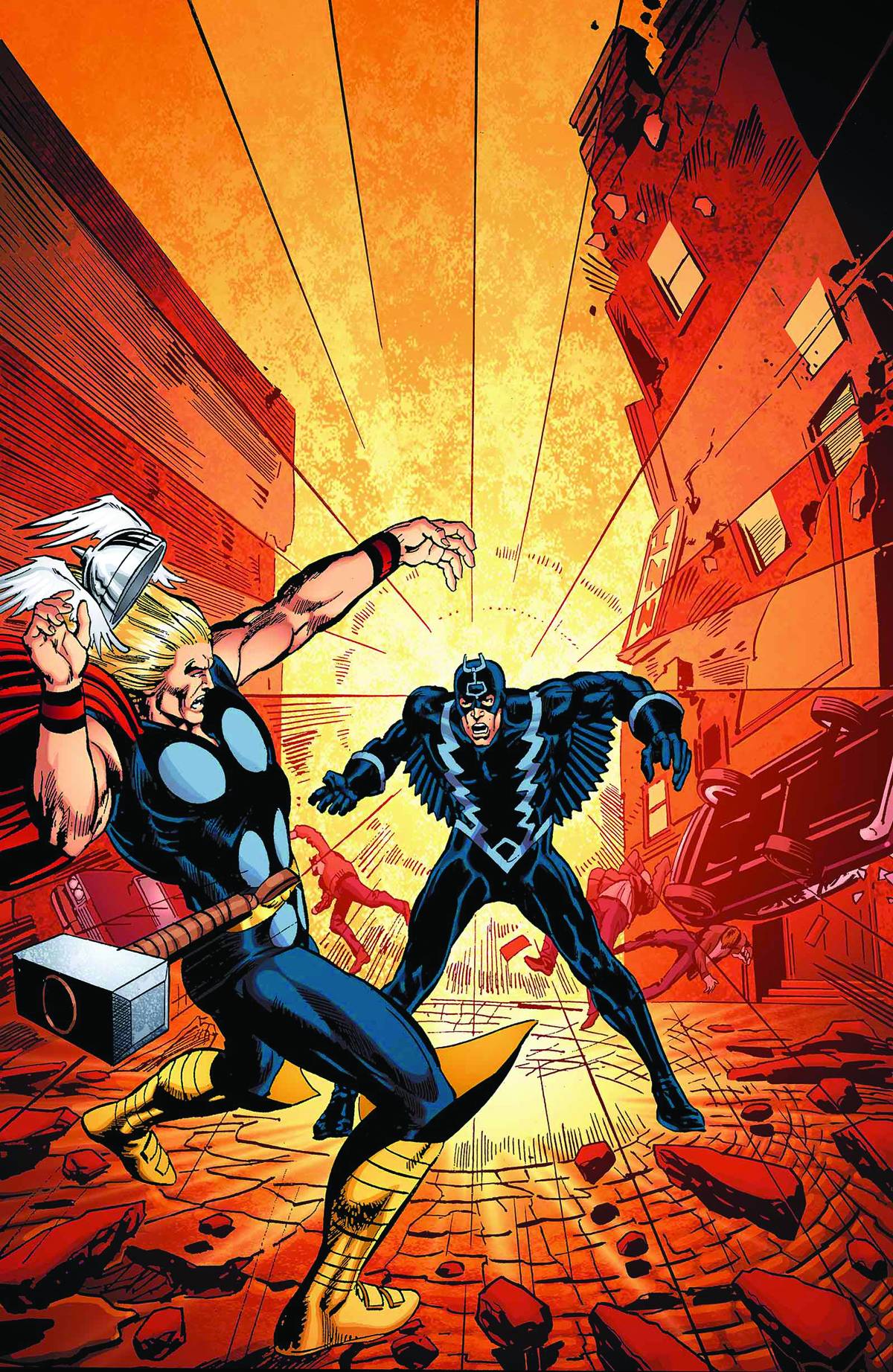 #
MAY130610
(W) Roy Thomas, Gerry Conway (A) Mike Sekowsky (A/CA) Neal Adams
• Black Bolt, monarch of the Inhumans, wanders the streets of San Francisco - his memory stolen and his identity forgotten!
•  Maximus the Mad has usurped the throne - and Medusa, Gorgon and Karnak are forced to flee the Inhumans' hidden city!
•  What strange new force has wiped Black Bolt's mind?
•  When he's targeted by criminals, revolutionaries and the mutant called Magneto, will his fellow Inhumans find him in time?
•  Guest-starring Thor and the Avengers!
•  Collecting AMAZING ADVENTURES (1970) #5-10 and AVENGERS (1963) #95.
In Shops: Jul 31, 2013
SRP: $7.99
ORDER WISH LIST