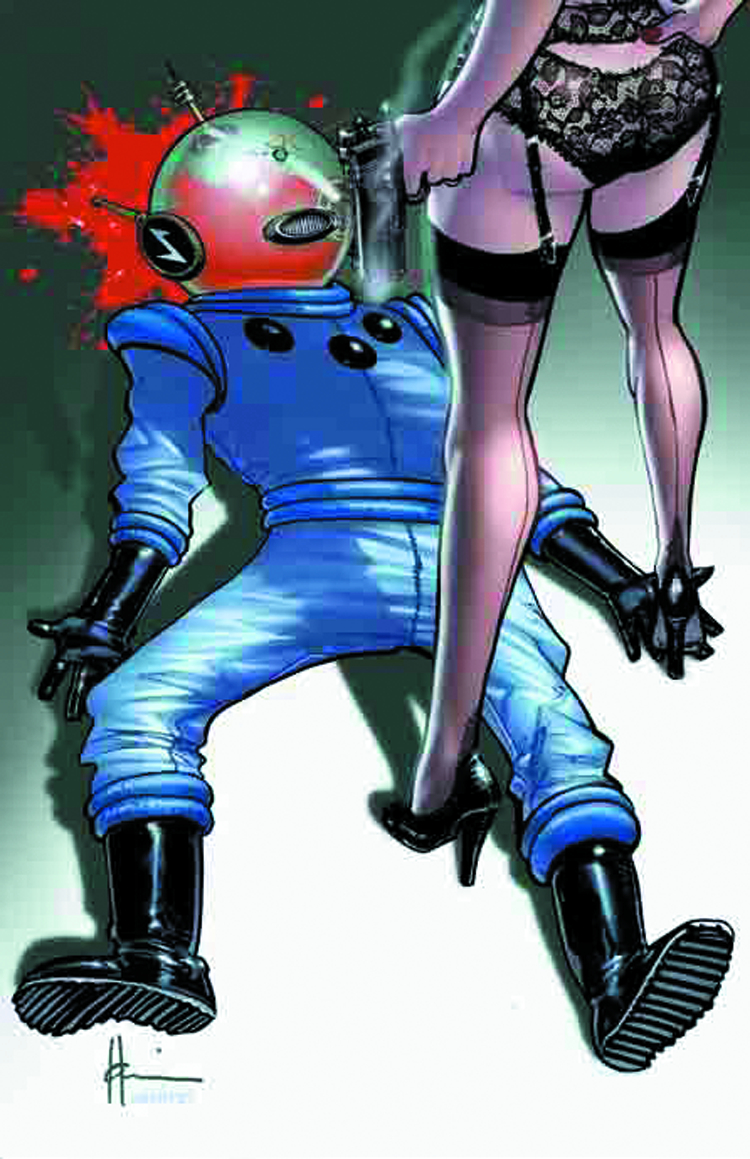 MAY130401
(W) Matt Fraction (A/CA) Howard Chaykin
SEX o DEATH o LIVE TV!
NEW YORK CITY, 1951: The host of beloved daily television serial "Satellite Sam" turns up dead in a flophouse filled with dirty secrets. The police think it was death by natural causes but his son knows there was something more... if only he could sober up long enoguh to do something about it. This noir mystery shot through with sex and violence exposes the seedy underbelly of the golden age of television.
In Shops: Jul 03, 2013
SRP: $3.50
View All Items In This Series
ORDER WISH LIST