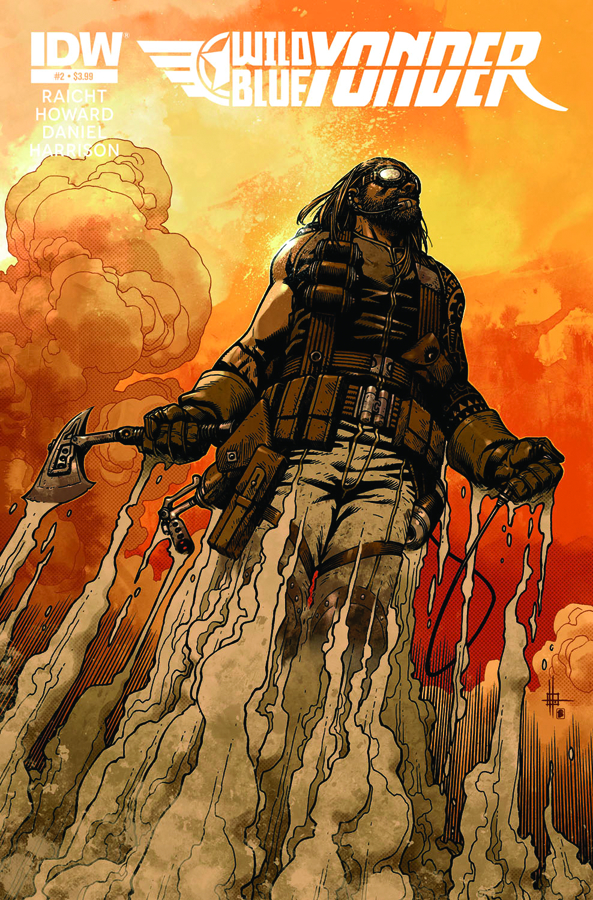 MAY130373
(W) Mike Raicht, Austin Harrison (A/CA) Zach Howard
Mike Raicht, Austin Harrison (w) o Zach Howard (a & c)
The critically acclaimed creator-owned book from IDW continues! As the newest recruit aboard an elusive solar-powered airship, Tug begins his training as a "Gun." On the run from The Judge, Tug has just joined the sky's Most Wanted, but with the beautiful Cola as his pilot, and the ferocious Scram as his coach, what could go wrong?
In Shops: Jul 24, 2013
SRP: $3.99
View All Items In This Series
ORDER WISH LIST