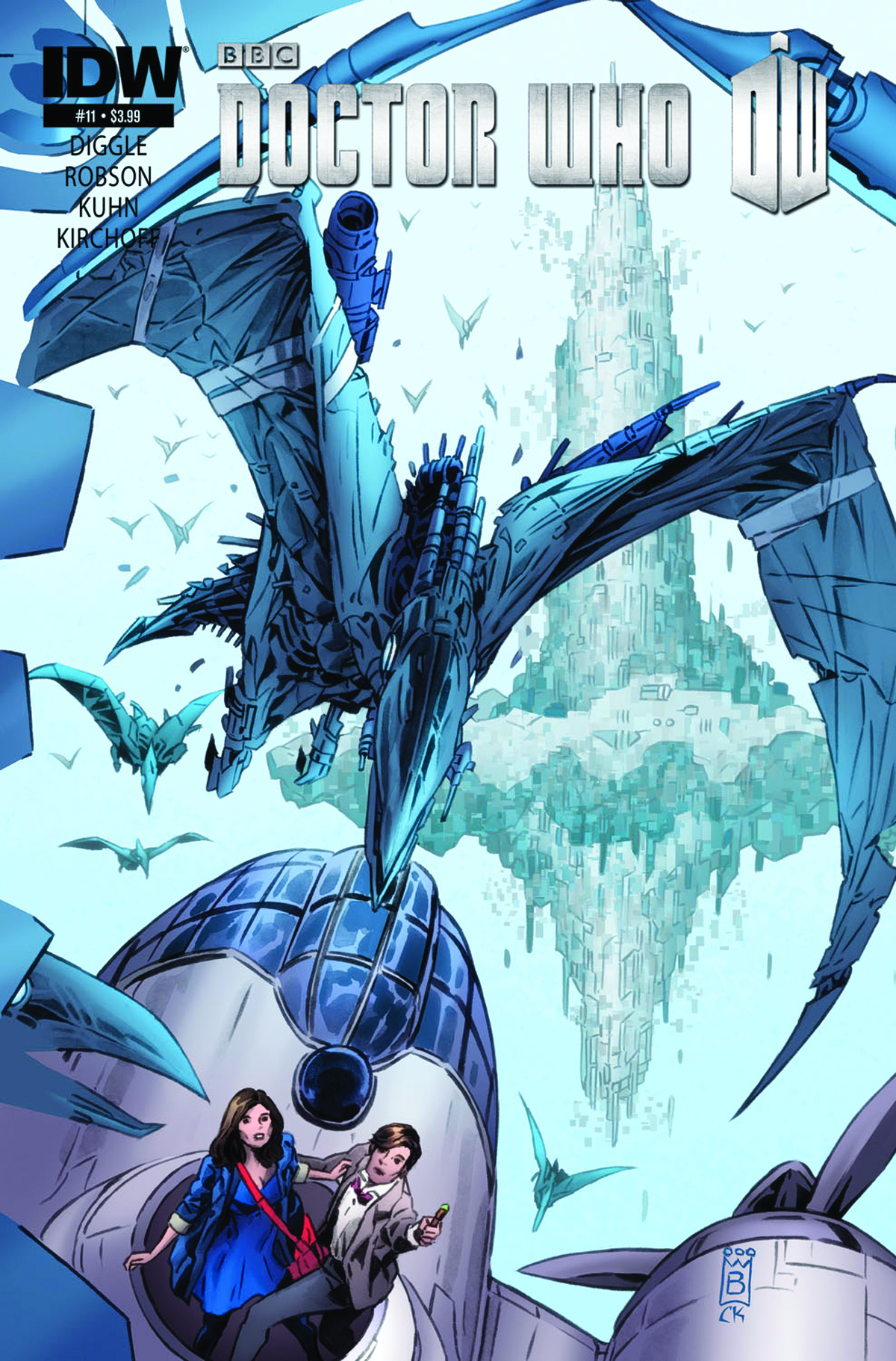 MAY130362
(W) Andy Diggle, Eddie Robson (A) Andy Kuhn (CA) Mark Buckingham
Andy Diggle & Eddie Robson (w) o Andy Kuhn (a) o Mark Buckingham, photo (c)
The nature of the "sky world" has been revealed! But the mystery of how it came into being still eludes the Doctor. But with Clara and the crew of a retrofitted B-29 bomber from World War II in tow, the Doctor sets out for the center of this strange dimension with seemingly infinite skies! Join us for "Sky Jacks," Part 3 of 4!
In Shops: Jul 24, 2013
SRP: $3.99
View All Items In This Series
ORDER WISH LIST