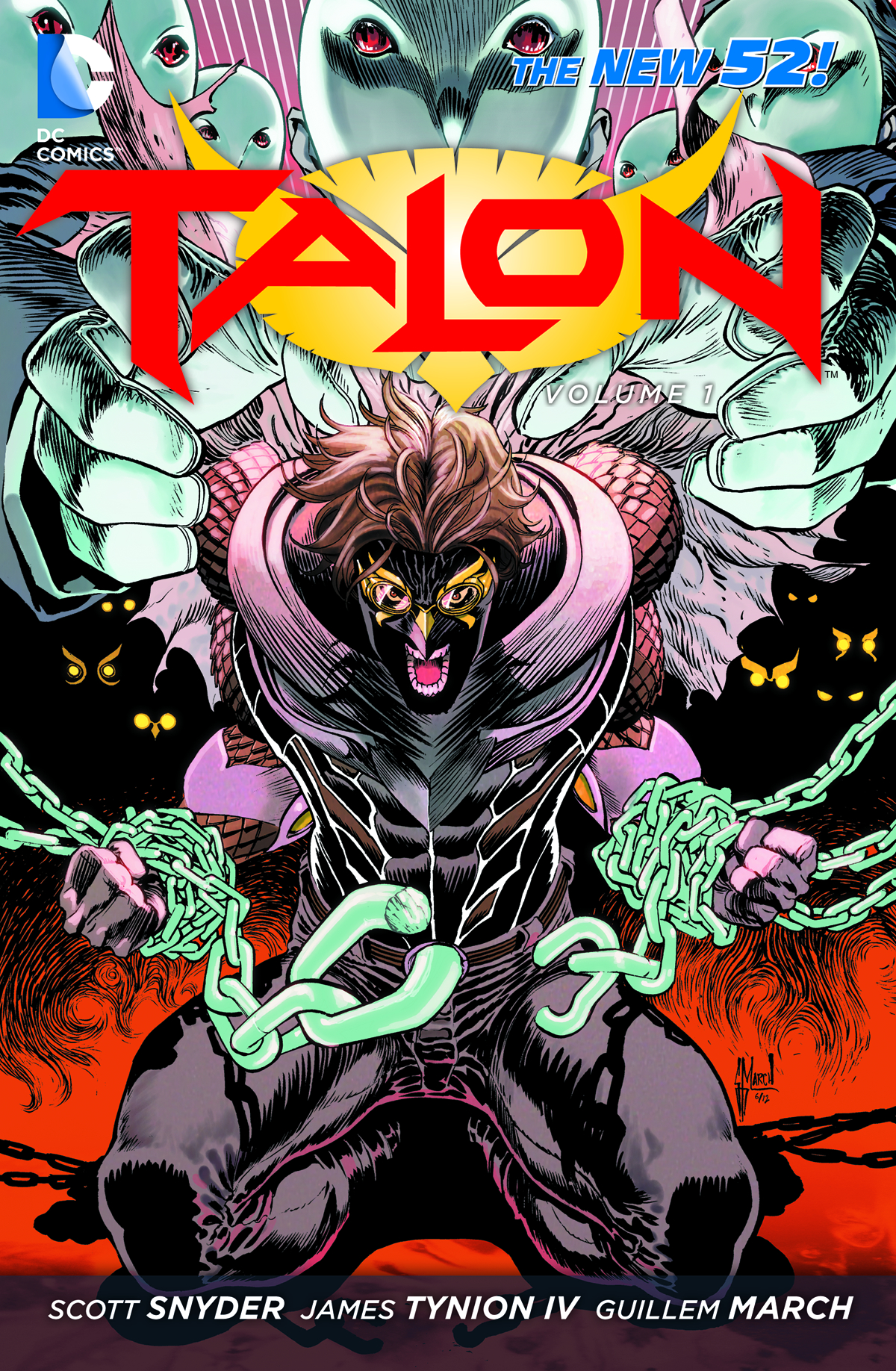 MAY130217
(W) Scott Snyder, James TynionIV (A) Juan Jose Ryp, Vicente Cifuentes (A/CA) Guillem March
As a young performer with Haly's Circus, Calvin Rose was secretly being raised to be a master assassin-a killing machine called a Talon. But when Rose defects from the Court of Owls' ranks, he is marked for death! Now, Rose returns to Gotham City following the horrors of "The Night of Owls" to investigate what remains of the Court-but will he be able to gain his freedom at last? Collecting TALON #0-7!
In Shops: Aug 28, 2013
SRP: $16.99
View All Items In This Series
ORDER WISH LIST