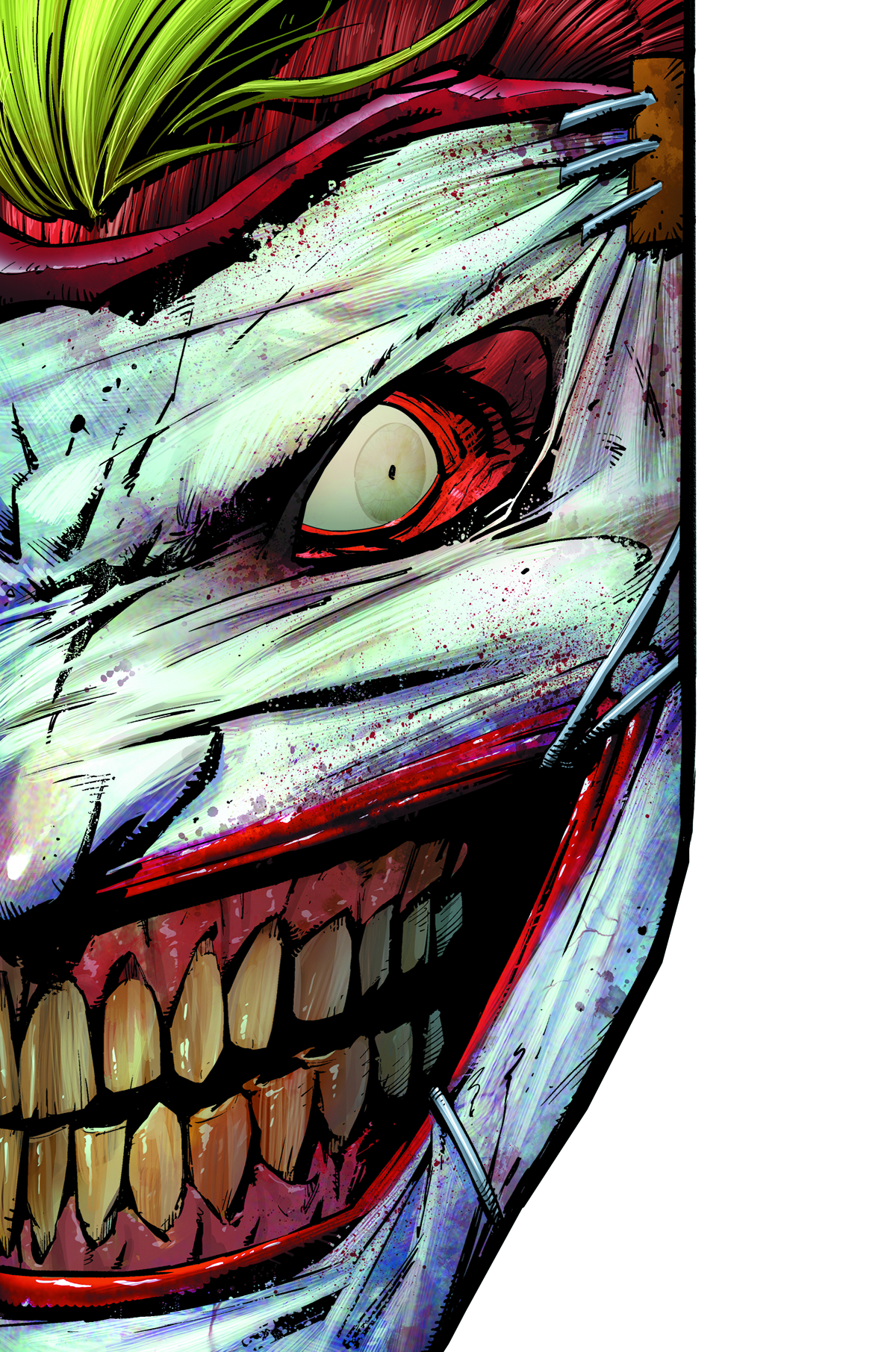 MAY130216
(W) Scott Snyder, James TynionIV (A) Jonathan Glapion, Jock (A/CA) Greg Capullo
After having his face sliced off, The Joker makes his horrifying return to Gotham City in this epic from issues #13-17 that shook Batman to his core! But even for a man who's committed a lifetime of murder, he's more dangerous than ever before. How can Batman protect his city and those he's closest to?
This new hardcover features an acetate dust jacket showcasing the face of The Joker as it appeared on the die-cut covers of the "Death of the Family" comics - and under that dust jacket lies the horror that is The Joker's skinless skull!
RETAILERS, PLEASE NOTE: This acetate cover will be available only on the first printing of this title.
In Shops: Oct 30, 2013
SRP: $24.99
View All Items In This Series
ORDER WISH LIST