HAGANAI I HAVE NO FRIENDS SENA ANI-STATUE 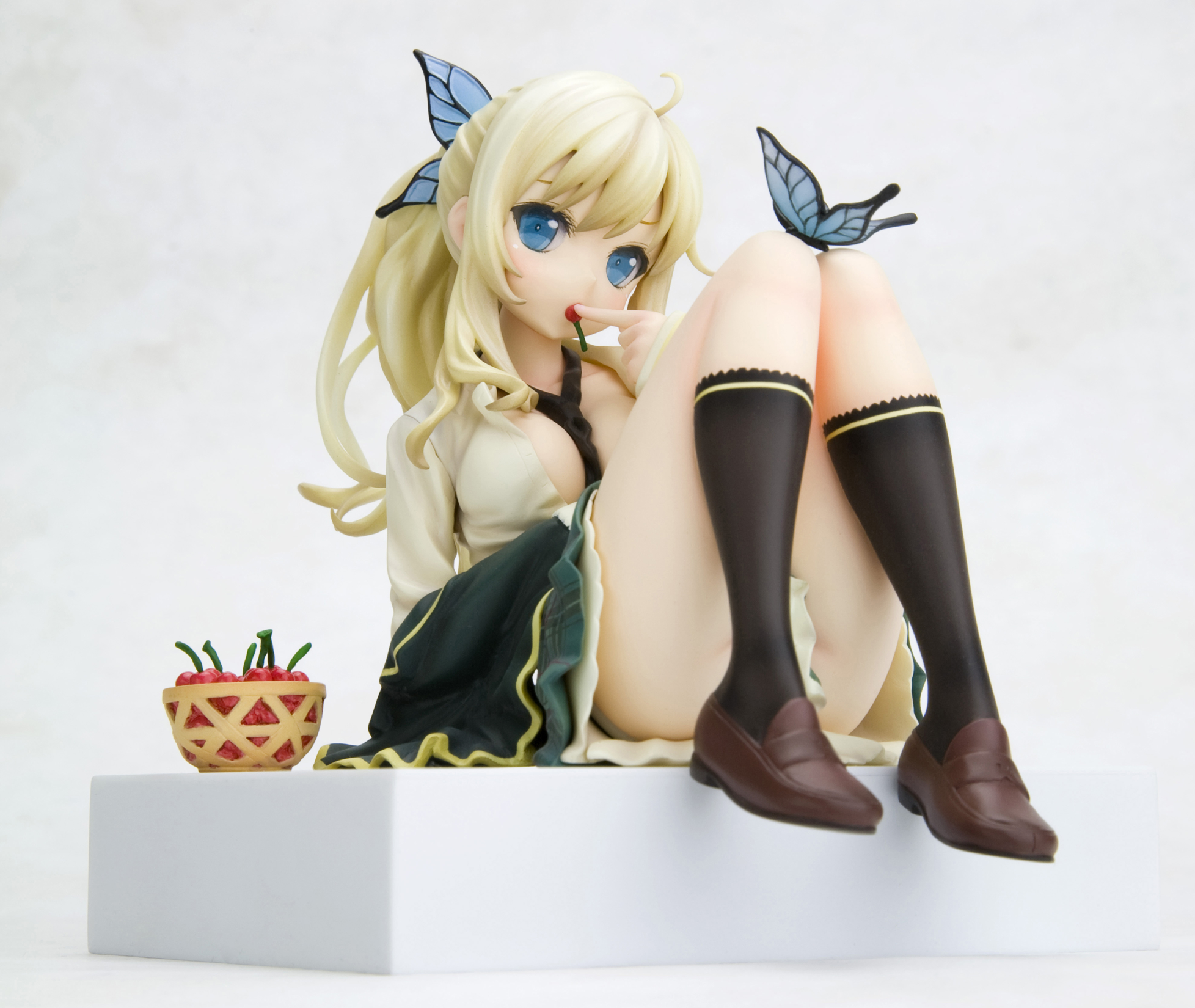 MAY121911
A KOTOBUKIYA Japanese import!  The newest hit franchise to join Kotobukiya's lauded Ani*Statue lineup is Media Factory's Boku wa Tomodachi ga Sukunai, known in the U.S. as I Don't Have Many Friends.  A light novel series adapted into both manga and anime, "Friends" tells the story of various unpopular students at St. Chronica's Academy who band together to form their own social club.  The first member of the Neighbor's Club brought to life is the arrogant, video game playing SENA KASHIWAZAKI!  While she may not have many female friends, Sena is bound to get your attention as she lays back with her feet pulled up, calmly eating a cherry.  Based on the motif from the cover of the limited edition #6, the blonde girl is barely clothed with her shirt completely open and her short skirt hiked up to her waist to reveal her white panties.  The little details really make this an amazing statue, from Sena's beautiful blue eyes to ruffles of her clothing and the matching blue butterfly on her knee and the hair clip holding her long ponytail.  But that's not all; the relaxing girl's necktie is removable so you can display her with or without it! While she makes for a stunning centerpiece on her own, she'll also look great alongside the upcoming Haruki Amami Ani*Statue!