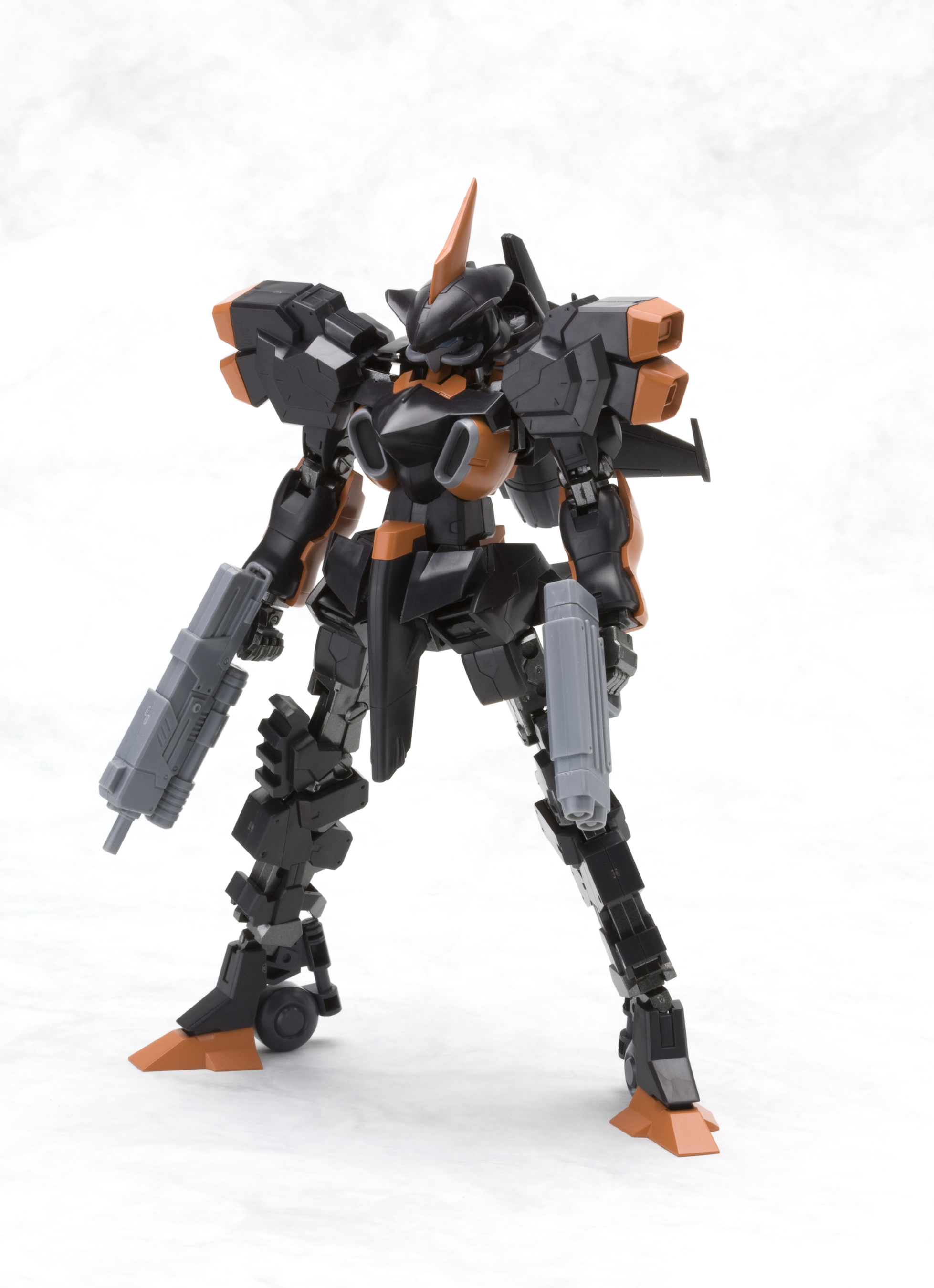 MAY121910
A KOTOBUKIYA Japanese import!  Continuing the hit line of original robot model kits in the Frame Arms series is an upgraded aerial unit, the SA-17S KHANJAR RENEWAL VERSION!  Building off of the previously released SA-16D Khanja (and the SA-16 Stylet before that), the Renewal Version adds cool new details like customized armor, a new head unit, and a revamped color scheme with more highlights and new gray colored parts.  Like the other Frame Arms robots the SA-17S Khanjar has a basic robot skeleton, or "Frame," which is highly articulated and covered in universal 3mm attachment points.  Its armor and weaponry is unique, while all parts are fully interchangeable between all units and compatible with Koto's M.S.G. (Modeling Support Goods) series of support units and Border Break robots.  Comprised of approximately 130 pre-colored parts, the Khanjar Renewal stands over 6 inches tall and has 25 points of articulation for extreme poseability.