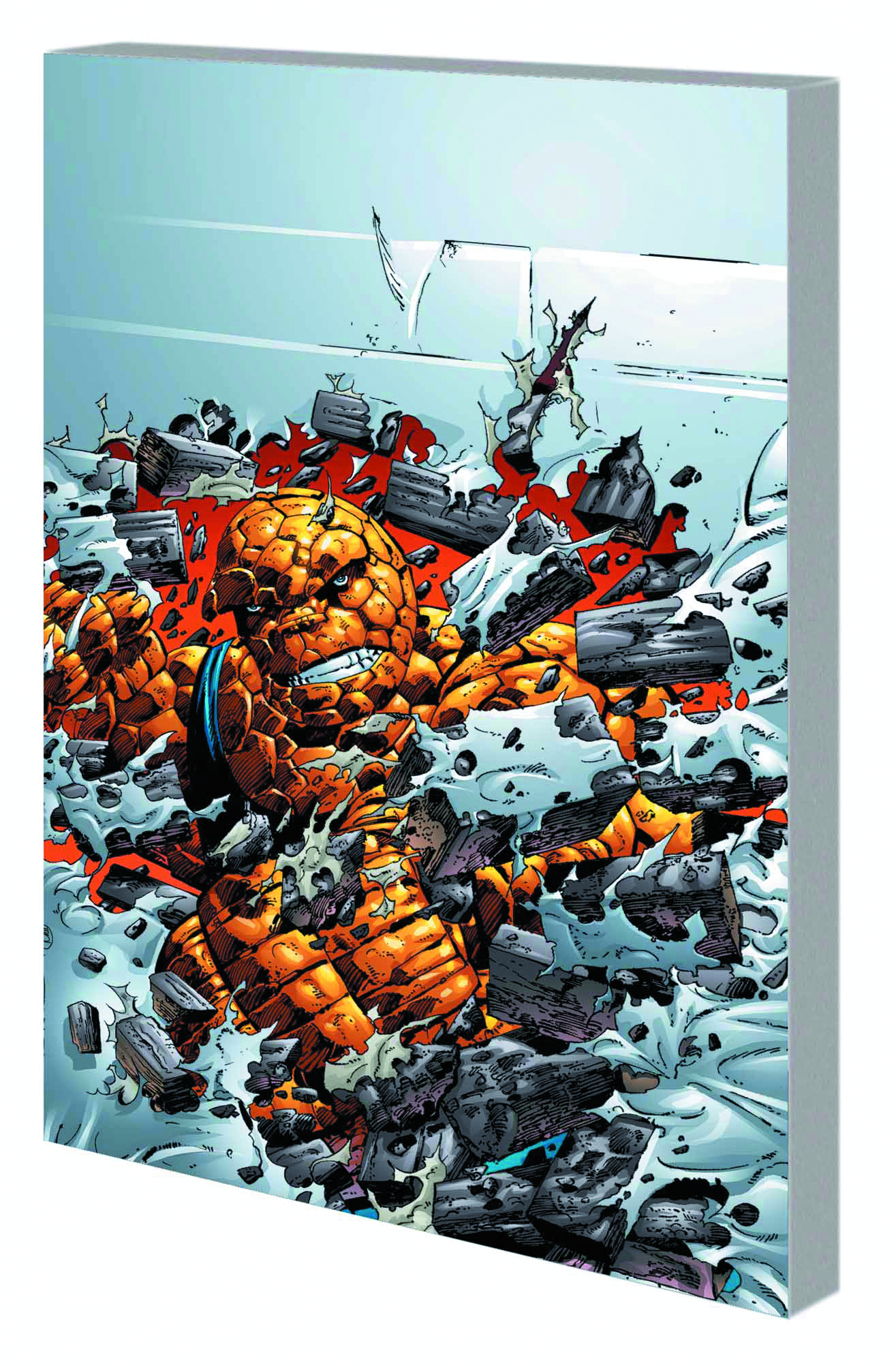 MAY120780
(W) John Byrne, Mike Carlin, Bob Harras (A) Ron Wilson (A/CA) John Byrne
One of the grandest epics in the history of Aunt Petunia's favorite nephew - that's bashful Benjamin J. Grimm, the Ever-Lovin' Blue-Eyed Thing, to you and me - is collected for the first time! Choosing to remain on the Beyonder's Battleworld, Ben finds that while the planet may change, things are as hectic as ever for him! From duplicate Things to showdowns with classic monsters, Ben shows he has the right stuff no matter what the odds! Ride along with Rocky Grimm, Space Ranger, in this second volume from his fan-favorite series! Collecting THING (1983) #11-22 and FANTASTIC FOUR (1961) #274.