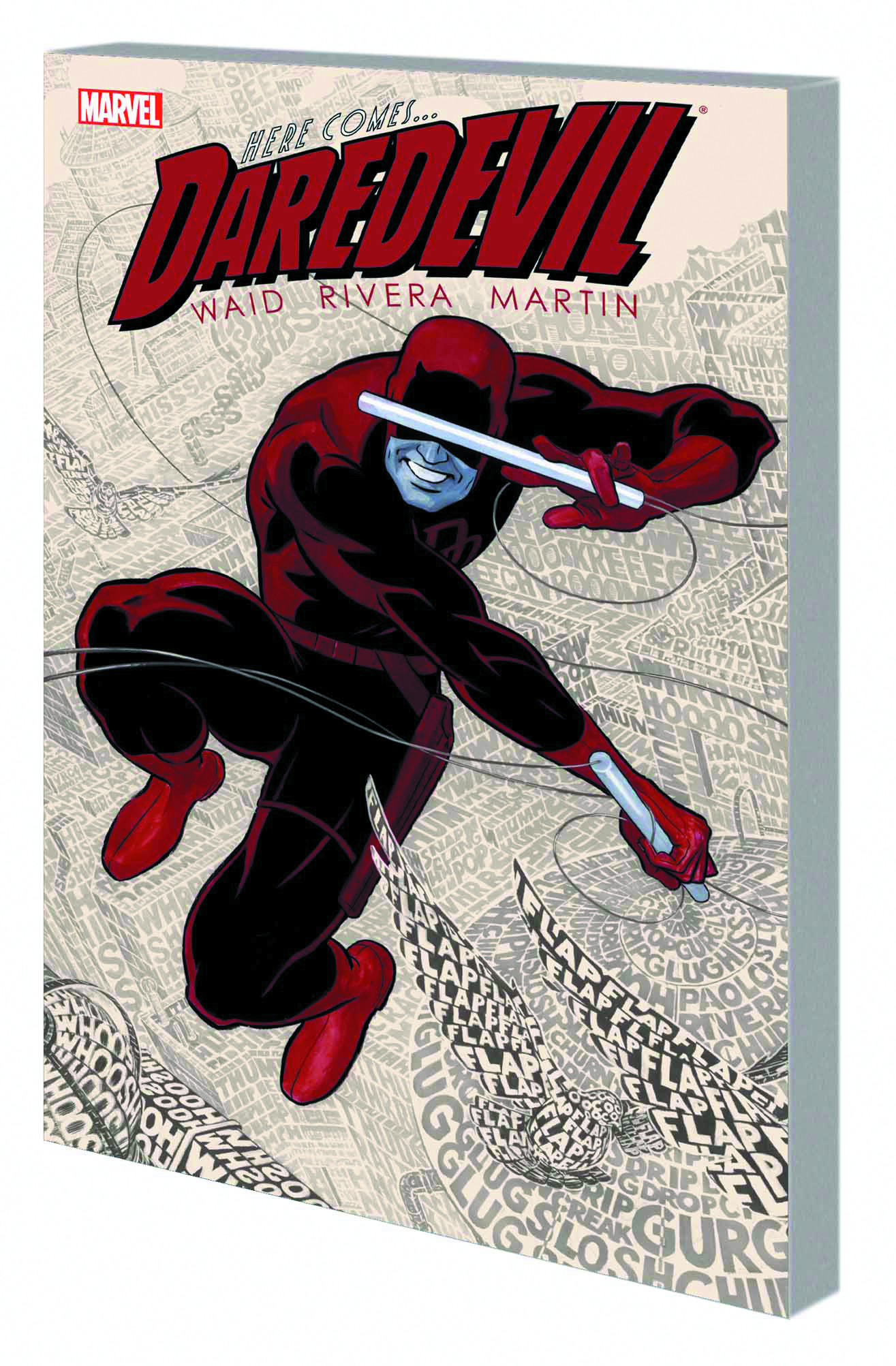 MAY120763
(W) Mark Waid (A) Marcos Martin (A/CA) Paolo Rivera
It's a fresh start for the Man Without Fear, with the all-star creative team of writer Mark Waid (CAPTAIN AMERICA) and artists Paolo Rivera and Marcos Martin (AMAZING SPIDER-MAN) at the helm! Matt Murdock is back in New York, but not everyone is happy to see him. Hoping to resuscitate his law practice, he takes on a police-brutality case - but someone is trying to silence the victim. While Murdock struggles in court, Daredevil hits the streets as Klaw, master of sound, makes his deadly return! Then, the blind literally lead the blind as a visually impaired client targeted for assassination holds the key to a global conspiracy perpetrated by some familiar foes. Can Daredevil protect the young man long enough to bring down an international criminal organization, or will their deadly enforcer get to him first? Collecting DAREDEVIL (2011) #1-6.