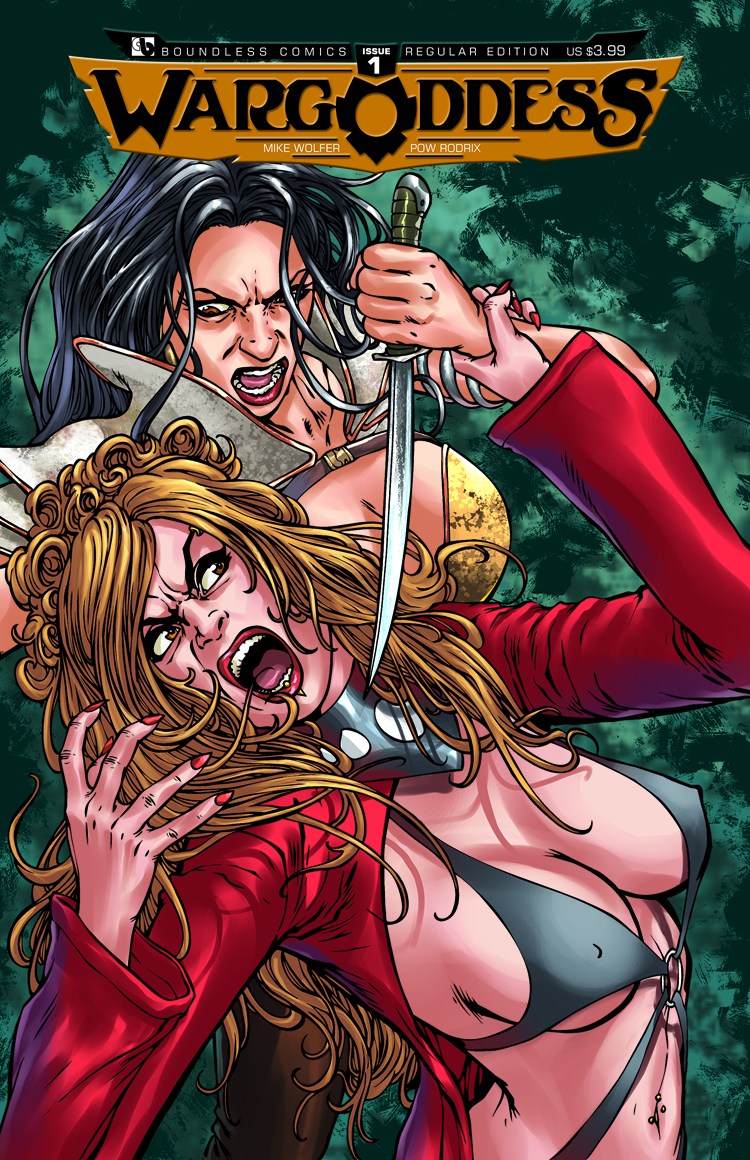 Boundless unleashes our second on-going monthly series, written by Mike (Lady Death) Wolfer and featuring a whole new World that is populated by re-imagined versions of some of the most
popular indy characters! It was an incredible scientific achievement, the successful test-run of a supercollider which would unlock the secrets of dark matter and of the formation of the universe itself. But no one was prepared for the shocking after-effects of the experiment, as thousands of portals to a dimension of pure terror flooded across the planet, doorways to a world of hideous evil! Now, the woman whose incredible wealth funded the scientific facility will fight until her
dying breath to close the "Pandora's Box" which has been opened, but his time, she won't do it alone. Pandora is back, but to fight the horror she has unleashed upon mankind, she'll have to adopt the long-forgotten persona of the War Goddess, as she and the sultry woman-spider, Widow, take on the menace of the all-new Hellina in the opening salvo of a war which will ravage the earth and re-introduce a whole galaxy of femme fatales, both heroines and villains! This epic saga is written by Mike (Lady Death) Wolfer and featured the art of Pow (Justice League) Rodrix wrapped in a stunning new cover by Matt Martin! Available with a Regular or Gore cover by Matt Martin, as well as a Wraparound and a special Art Nouveau Retailer Order Incentive by painter Michael Dipascale!