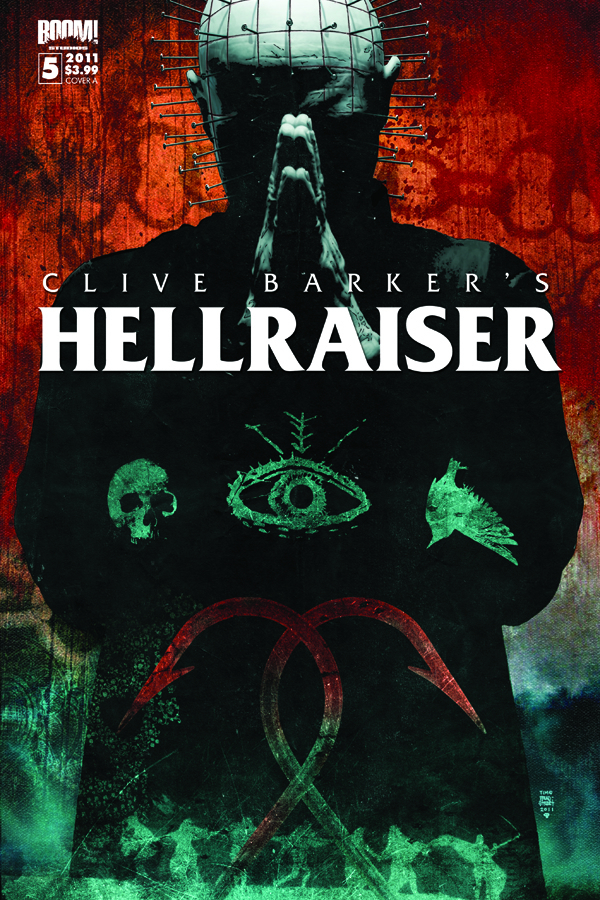 MAY110923
(W) Clive Barker, Christopher Monfette (A) Leonardo Manco (CA) Tim Bradstreet, Nick Percival
(W) Clive Barker, Christopher Monfette (A) Leonardo Manco
(C) Tim Bradstreet [A], Nick Percival [B], Tim Bradstreet [C]
BRAND NEW ARC! Great jumping-on point for new readers. One of the greatest horror franchises of all time returns, now under the control of its original creator! Clive Barker has touched Hellraiser only twice: once to write "The Hellbound Heart", and once more to write and direct the original Hellraiser film. Now witness Barker's long-awaited return to tell a new chapter in the series' official continuity - a trajectory that will forever change the Cenobites... and Pinhead! Kirsty Cotton faces her greatest foes... both new and old. And Pinhead is her greatest fear! But what could he have planned for her?