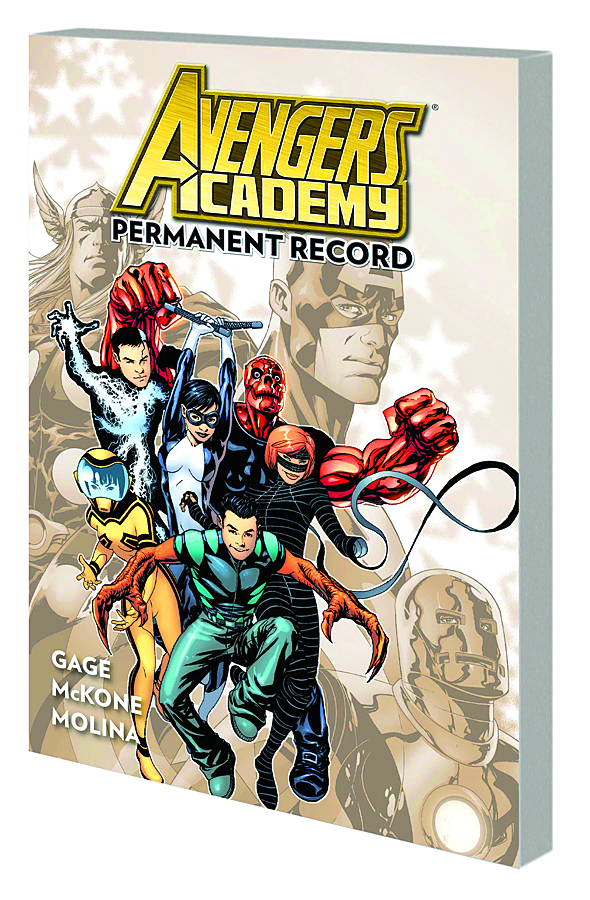 MAY110744
(W) Various (A/CA) Various
Written by CHRISTOS GAGE
Penciled by MIKE MCKONE & JORGE MOLINA
Cover by MIKE MCKONE
Recruited by Norman Osborn during his Dark Reign, six teens - Veil, Finesse, Mettle, Hazmat, Reptil and Striker - were subjected to torturous training methods to mold them in Osborn's image. Now, in the Heroic Age, they are enrolled by Hank Pym and his team of instructors - including Tigra, Justice, Speedball and Quicksilver - into the Avengers Academy! Told they are the most promising of the new generation of heroes, the troubled team soon learns the shocking truth: They are instead being monitored to see whehter they will unravel and wreak havoc on the Marvel Universe! Now, it's up to each young adult to decide whether they will join the ranks of Earth's Mightiest Heroes, or instead become the villains of tomorrow. School is in session, so grab your seat for the critically acclaimed wild ride that introduces the next class of captivating and controversial Marvel legends! Collecting AVENGERS ACADEMY #1-6 and material from ENTER THE HEROIC AGE.
168 PGS./Rated A